3/14/2014 UPDATE: The President issued a Presidential Memorandum directing the Secretary of Labor to “propose revisions to modernize and streamline the existing [overtime] protections consistent with the intent of the [Fair Labor Standards Act].”

Quoting the Director of the White House Domestic Policy Council, Cecilia Muñoz, a New York Times article indicated that President Obama will issue an executive order to expand coverage of overtime pay to some salaried workers under the Fair Labor Standards Act (FLSA).

Currently, employers in the U.S. are required to pay most non-salaried workers who make less than $455 per week overtime pay at a rate of one-and-a-half times their normal hourly rate for every hour worked beyond forty.

Although few specifics are available prior to the President’s Executive Order, two economic advisors to the President proposed the salary test for exemption be raised from $455 per week to $984 per week, meaning that employees currently classified as exempt who are making a salary of about $50,000 or less would be eligible for overtime pay.

Changes to the regulations will be subject to public comment before final approval by the Department of Labor.

Who is an Exempt Employee?

The word exempt means to be “free from an obligation or liability imposed on others”.

Under the FLSA, certain employees – typically those who perform managerial or supervisory work – are not eligible for overtime pay. These workers are known as “exempt” employees, because their employers are exempted from FLSA requirements relating to the payment of overtime. The exemption is also known as the “white collar exemption” as it often applies to professional or managerial roles.

Under the FLSA, an employee classified as exempt is not eligible for overtime. To qualify for the exempt classification, an employee must earn a salary of at least $455 per week perform exempt job duties in executive, administrative, professional, outside sales, and certain computer employee positions.

Revisions to the FLSA Posting

The proposed expansion of employees eligible for overtime coverage is not likely to affect the FLSA Employee Rights posting language. The existing text is broad enough to allow for increases in the salary threshold of qualifying employees and reads:

Certain occupations and establishments are exempt from the minimum wage and/or overtime pay provisions. 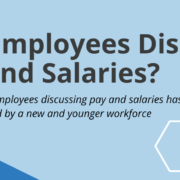 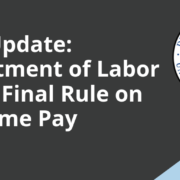