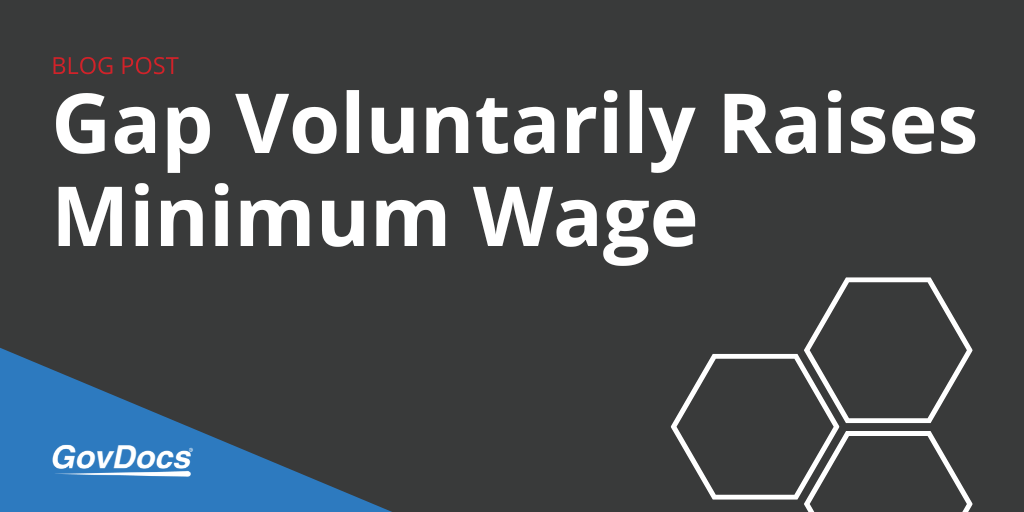 Gap has joined other large employers with a voluntary minimum wage increase.

Citing its “Do More” employee initiative, Gap, Inc., announced it would increase the minimum hourly rate for 65,000 U.S. employees to $9 in 2014 and to $10 in 2015. About 72 percent of its employees in stores, calls centers and distribution centers will receive the increased rate.

The move will affect workers across the company’s divisions, including: Gap, Old Navy, Banana Republic, Athleta, Piperlime and Intermix.

In addition to Gap Inc., other large employers such as Costco, Whole Foods, and In-N-Out Burger also have announced similar measure to voluntarily increase the wages of minimum wage workers. Walmart Stores Inc. is also considering a wage increase. With has 1.3 million U.S. employees, Walmart is the largest private-sector employer in the U.S.

“In my State of the Union address, I asked more businesses to do what they can to raise their employees’ wages,” he said. “I applaud Gap Inc. for announcing that they intend to raise wages for their employees beginning this year.”

The federal minimum wage currently is $7.25 per hour, but President Obama has been pushing to increase the rate to $10.10 per hour.

More Stories From Employment Law News
Could Your Accent Get You Fired?