Could Your Accent Get You Fired? 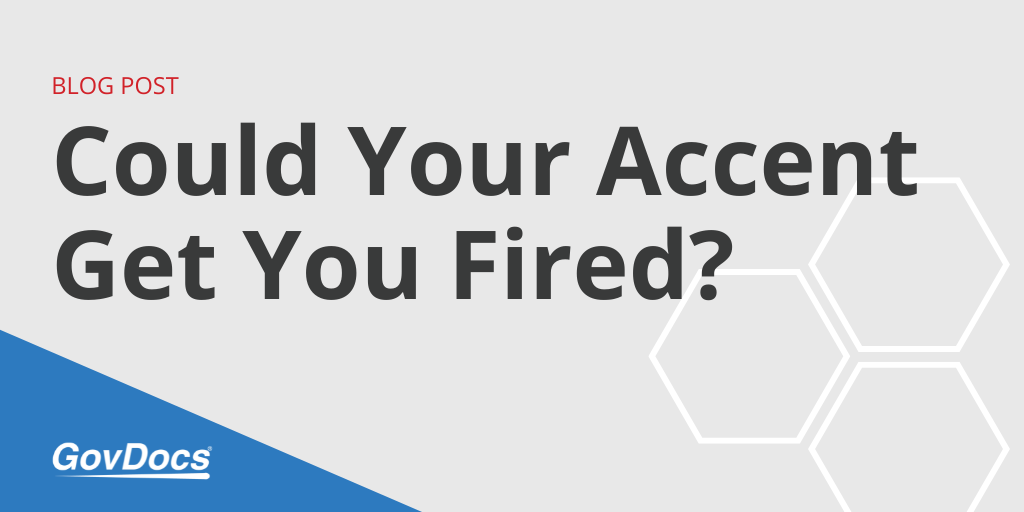 Is a foreign accent grounds for termination?

An estimated 17 percent of the American workforce is foreign born, meaning 27.3 million individuals employed in the U.S. may speak English with what is considered as a foreign accent.

American workers whose first language is one other than English face many challenges in addition to learning a new language including facing disciplinary situations in the workplace. For example:

Is a Foreign Accent Grounds for Termination?

The EEOC includes “accent” as a protected class in its National Origin Discrimination guidance, which states:

National origin discrimination involves treating people (applicants or employees) unfavorably because they are from a particular country or part of the world, because of ethnicity or accent, or because they appear to be of a certain ethnic background (even if they are not).

The EEOC forbids discrimination in all aspects of employment, including hiring and firing. However, an employer can require an employee to speak fluent English if fluency in English is necessary to perform the job effectively, according to the EEOC.

Any claim of discrimination based on accent would have to prove: