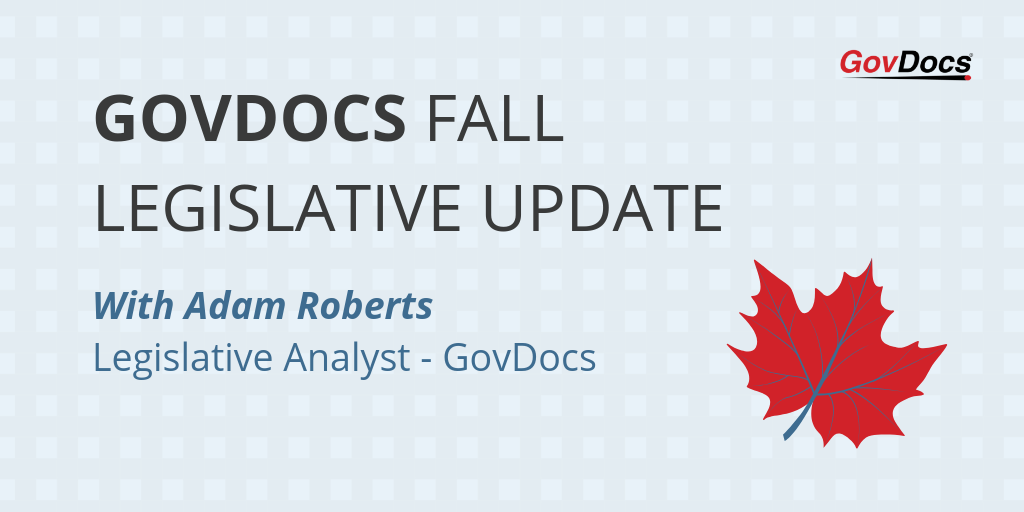 As fall sets in and the third quarter comes to a close, it is time to check in on what has been happening in state legislatures around the country. Most states are currently out of session for the year as they prepare for the election coming up in November. Only four state-level jurisdictions remain in session:

However, there is still plenty to keep an eye on in labor law. For instance, California adjourned at the end of August after sending several bills to Governor Jerry Brown for his consideration. He’s been acting on these bills, and we are continuing to look for his approval or veto.

Additionally, GovDocs is paying close attention to ballot initiatives that are coming up or have had interesting turns of events in recent months. Voters in Washington, D.C., recently approved Initiative 77, which gradually phases out the tip credit from the minimum wage. The Council of the District of Columbia is currently weighing both sides of that issue to determine if they will implement the will of the voters or follow another route.

In Michigan, the legislature recently enacted minimum wage and paid sick leave proposals that were originally on the ballot and expected to pass in November. Instead, since the legislature passed these measures, voters will no longer be voting on the proposals, and they will become law.

Missouri voters also are having plenty of opportunity to weigh in on labor policy. In August, the state held an election containing a Right to Work provision on the ballot. Voters ultimately voted down the measure in what unions are calling a major victory for workers rights.

Additionally, Missouri voters will also be able to weigh in on the minimum wage issue on the November ballot. Minimum wage has been a fraught issue in Missouri in the last year as major legislative and legal battles have broken out between the state and local governments, as well as between labor and business advocates.

So how about some numbers? How many bills is GovDocs tracking? At the time drafting, we are tracking 2,043 bills. Of those bills:

These statistics highlight the difficulty bills face getting passed, and how complicated it can be for compliance managers to follow potential changes in labor laws.

As the leaves continue to turn and the weather gets colder, GovDocs will be following all the legislative developments and ballot initiatives to keep you in compliance.