Legalized Marijuana in New York: What Employers Need to Know 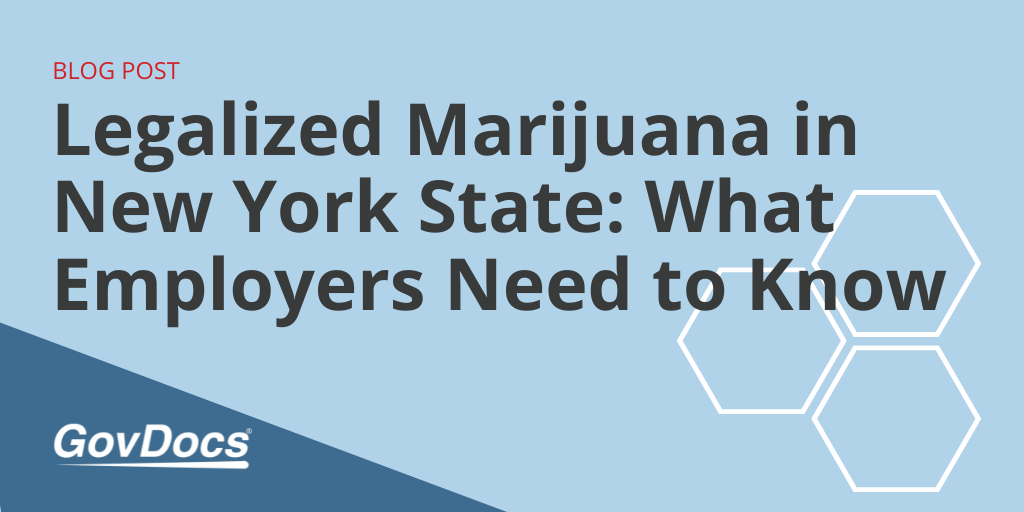 The New York Department of Labor recently issued an FAQ for employers regarding legalized recreational marijuana in the state.

The New York Department of Labor recently issued guidance regarding recreational marijuana use and workplace issues.

The state in March 2021 passed the Marijuana Regulation and Taxation Act to legalize recreational use of marijuana for adults 21 or older.

Notably, the law specifies that use outside of work hours (or the workplace) is a lawful activity and generally employees can’t face adverse actions from employers for using weed.

Issued in October 2021, the guidance from the New York Department of Labor (NYDOL) answers several questions employers may have regarding marijuana and the workplace.

New York Guidance on Marijuana Use

While employees are typically free to use marijuana outside the workplace under New York’s law, there are exceptions under which employers may take action:

Still, the guidance acknowledges that impairment can be a gray area. Even the smell of marijuana on an employee is not a sign of impairment.

The guidance does cite one example of an articulable symptom: operating heavy machinery in an unsafe and reckless manner.

Regarding drug testing, employers for the most part cannot test for marijuana, according the NYDOL guidance.

Certain employers can if they fall under one of the limited exceptions outlined in the law, such as those subject to federal regulations or those that could potentially lose federal contracts for not testing for marijuana.

However, the law has not been tested in the courts and the language of the law does not expressly address drug testing.

Also, a positive drug test is not considered an articulable symptom.

Banning Use in the Workplace

The guidance notes that employers can ban possession and use in the workplace, including inside company vehicles, rented space, lockers, etc., as well as when employees are on call.

However, it is different for remote employees. The NYDOL says it does not consider an employee’s home while being used for remote work a “worksite” within the meaning of the law. But an employer may take action if an employee is exhibiting articulable symptoms of impairment during work hours and institute a general policy prohibiting use during working hours.

If an employee is determined to have articulable symptoms of impairment on the job, the employer may take disciplinary action, but is not required to do so.

Also, employees who were previous fired because of marijuana use or a related crime do not have to be rehired.

Legalized marijuana in New York State means additional employee protections and several other considerations for employers. And all New York employers, including public, are subject to the law, regardless of company size.

Employers with locations in New York State should review their existing drug policies to align with the legalized recreational marijuana law.