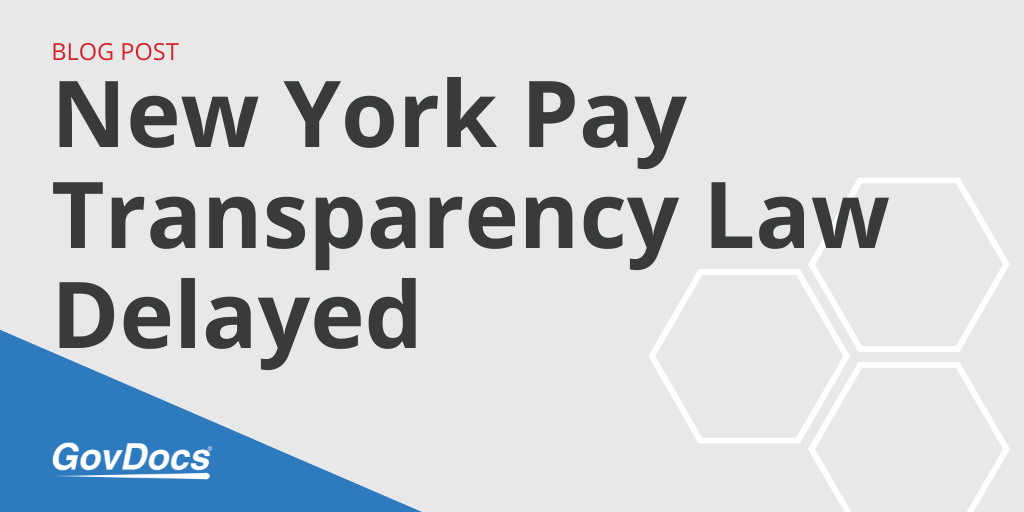 Initially, employers in New York were to begin posting salary ranges in job advertisements starting May 15, 2022.

However, city officials have pushed back the effective date to Nov. 1, 2022, and made some amendments to the ordinance.

As a reminder, employers will be required to provide a “good faith” estimate of pay ranges in an advertised job, promotion or transfer.

In addition to the effective date delay to November 2022, employers should note other changes made to the New York pay transparency law.

The law now applies only to jobs performed within New York City, including an employee’s home if they work remotely.

Regarding pay transparency, the city council changed the law to require salaries or hourly wages instead of “compensation.”

Employers also will not suffer penalties for an initial violation of the law as long as it is corrected within 30 days of receiving a complaint from the New York City Commission on Human Rights (NYCCHR). Subsequent violations, however, would not receive the same leeway.

Meanwhile, the NYCCHR has provided a two-page fact sheet regarding the law, which outlines specific employer requirements, including:

Pay transparency laws have been a growing trend of late.

In March 2022, Washington state passed a pay transparency law that requires employers with 15 or more workers to disclose the salary range, or wage scale, and a description of all benefits and other compensation in job posting. It takes effect Jan. 1, 2023.

Colorado also has a law that requires employers to include compensation in job postings, notify employees of promotional opportunities, and keep job description and wage rate records.

Elsewhere, pay ranges must be provided upon request, including California, Connecticut and Maryland. Nevada and Rhode Island also have a form of pay transparency laws on the books, as do the Ohio cities of Cincinnati and Toledo.

And, as of this writing, legislation is pending in four jurisdictions:

Even with the delay until Nov. 1, 2022, employers in New York City with four or more workers should review the specifics of the pay transparency law to ensure compliance.