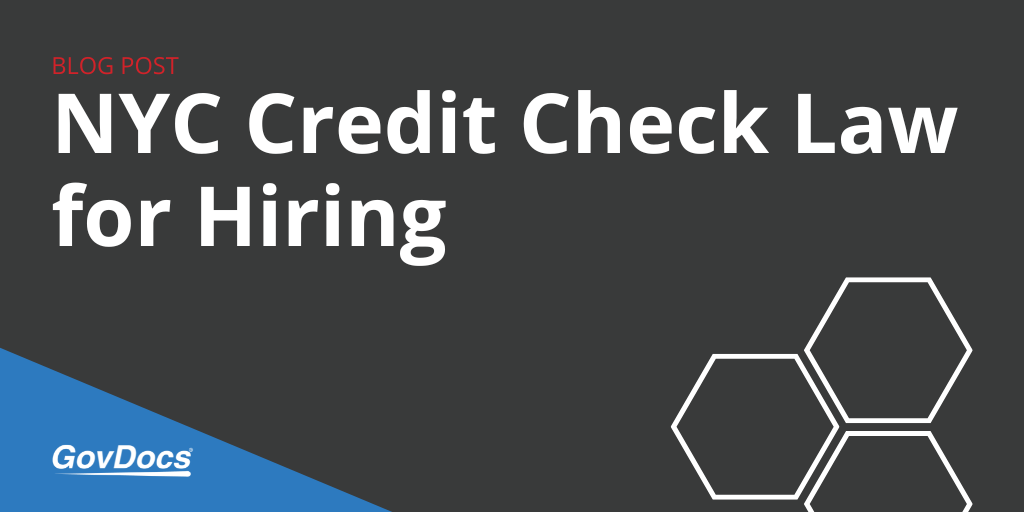 Employers in New York City will not be able to perform consumer credit background checks on job applicants.

New York City amended its Human Rights Law to make it illegal for employers or third-party agencies to request a credit check or to use information from a credit check to assess job applicants. The amendment (0261-2014) takes effect Sept. 3, 2015.

“This bill will remove a barrier to employment and ensure that people are judged on their merits and ability, rather than unrelated factors,” he said.

Which Parts of a NYC Applicant’s Credit History Are Off Limits?

The new amendment makes it illegal for employers to request information about applicants’ credit, including:

Which Jobs Are Excluded from the NYC Credit Check Ban?

Certain types of positions are excluded from the amendment’s provisions, including:

Which Companies Use Credit Background Checks?

The NYC ban on credit background checks and similar measures imposed by states like California and Illinois will force employers with locations nationwide to tighten their applicant screening process.

As of this writing, 11 states in the U.S. ban the use of credit reports for job applicant screening by most employers: