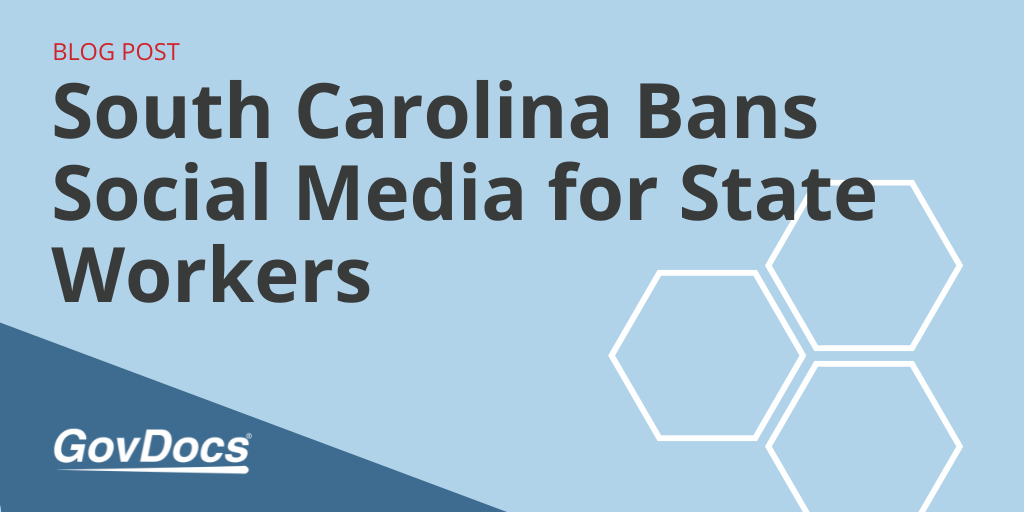 A new law taking effect in July for South Carolina state employees bans the use of social media, unless it is necessary to do their jobs. How the state intends to enforce this law is another issue.

The South Carolina State Employee Code of Conduct Task Force compiled a new code of conduct intended to provide clear guidance, introduce strict and consistent guidelines of official conduct, as well as “provide the public with greater trust and confidence in state government.”

Rule 4 – Use of State Resources, including social media – is causing the biggest uproar. It states in part:

“Unless specifically required by the agency to perform a job function, you may not use social media, including but not limited to Facebook, Instagram, and Twitter, while on duty or through the use of state resources or equipment.”

This policy comes as a shock to some because South Carolina Gov. Nikki Haley had built up a following of more than 165,000 Facebook followers by posting about everything from daily life to her successes as governor. She has even been known to get into arguments with fellow lawmakers via social media.

Will she be subject to the law?

A 2014 study revealed that 43 percent of businesses allow employees access to social media at work. Two additional studies catalogued employees’ use of social media with their job performance. Both found a boost in productivity and retention when employees were allowed to use social media while on the job. Social media has a variety of uses for employees including information-gathering, research, and communicating with coworkers.

State employees won’t be able to access social media sites via their State-provided equipment, however they’ll still be able to gain access through the use of personal tablets and cell phones. Will this cause the state to begin monitoring its employees’ social media accounts?

One solution is to implement a policy for social media that ties into the company culture, values or customer service ideals. A policy should outline appropriate social media use, which in turn, will help reduce abuse.