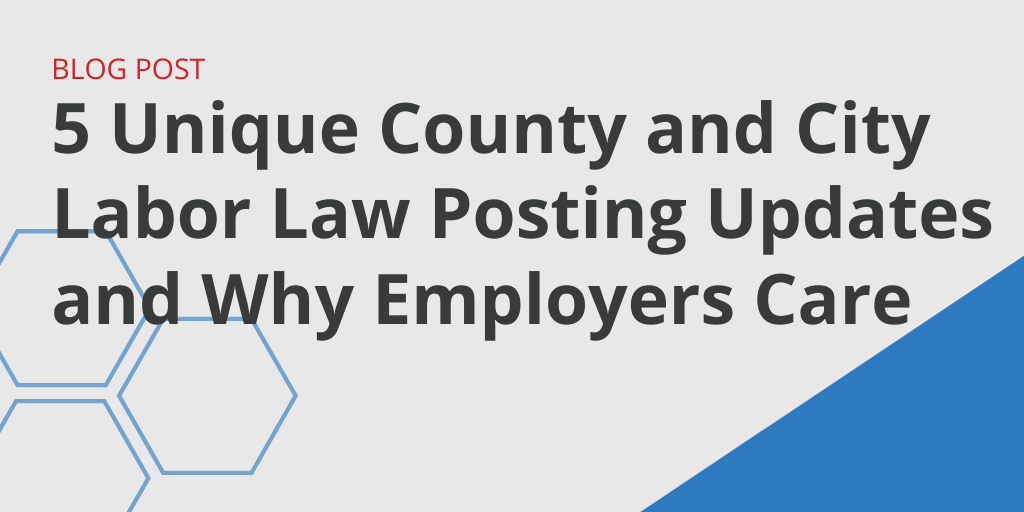 Posting updates impact all employers. This list includes just a handful of recent complicated updates. The expansion of employment laws is not slowing. Companies must continue to track posting changes — and make sure they’re displayed — to remain complaint.

Mandatory posting updates are once again on the rise this year. From Jan. 1 through the end of October 2019, mandatory updates already surpassed the total from the previous year.

With updates happening more frequently at the city and county levels, we thought it was worth reviewing the 273 updates that have already happened in 2019. From those, we identified five that, based on the questions we received from our clients, need a closer look.

GovDocs clients — especially those large, multilocation employers — take their compliance programs seriously, often reaching out after they hear about new laws from a blog, the newspaper, an employee or additional sources. Check out these 2019 posting updates and find out why they matter to employers

Sacramento, Calif., earlier this year passed a new ordinance regarding employee protections based on gender identity and sexual orientation.

Sacramento employers can use the California state discrimination poster to remain compliant as long as the city’s ordinance citation is added.

Only one clause of the ordinance is required to be posted: “Discrimination on the basis of sexual orientation or gender identity is prohibited by law. Ch 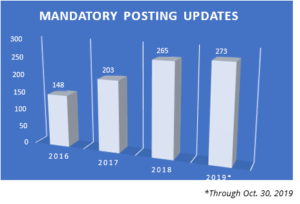 apter 9.20 of the Sacramento City Code.”

At the end of last year, Philadelphia passed a Fair Workweek Standards Ordinance, which showed some brotherly love to workers in retail, food and hospitality industries by requiring employers to post schedules ahead of time.

Predictive scheduling — a system that generally requires employers to provide advance schedules for workers — is growing in popularity, especially in the retail and food service industries.

Though Philadelphia’s law won’t be effective until Jan. 1, 2020, the ordinance requires a new posting, though the city had yet to release it as of this writing.

What Does the Philadelphia Predictive Scheduling Ordinance Require of Employers?

The ordinance covers employers with 30 or more locations nationwide (including franchises and chains) and 250-plus employees in these industries:

Employers with workers in Chicago know the complexity of minimum wage in Cook County, Ill.

Specific to our list, employers asked about the city of Orland Park, wondering whether it would opt in to the Cook County minimum wage rate.

Ultimately, our researchers found that Orland Park did not, meaning a new posting wasn’t required.

Starting in 2017, Cook County gave cities the flexibility to opt in (or opt out) regarding its minimum wage rates. Those cities that opt out follow the state rate, which is lower.

E-Verify — the federal web-based system used to confirm whether employees are authorized to work in the U.S. — is complex when it comes to postings.

There are three counties in Michigan (Ingham, Macomb and Oakland) that require employers to use E-Verify, a unique case among the system’s posting requirements.

E-Verify: At a Glance

Generally speaking, E-Verify is a voluntary program for most employers, but mandatory for some, including but not limited to:

Lastly, Westchester County, N.Y., could take the top prize when it comes to questions about postings. 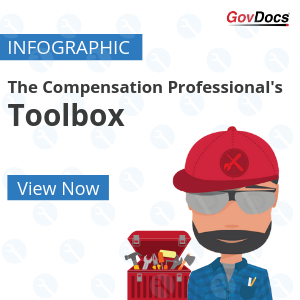 And no wonder. The county is among the nation’s leaders when it comes to passing employment laws. Situated near New York City, Westchester County is an affluent area and home to several high-tech businesses, typical of progressive jurisdictions that tend to enact more employment-related laws.

Why Did Employers Ask About Westchester County?

The expansion of employment laws is not slowing. Companies must continue to track posting changes — and make sure they’re displayed — to remain complaint.

More Stories From Labor Law News
Do Employees Have Any Privacy At Work?