Are Service Dogs a Reasonable Accommodation? 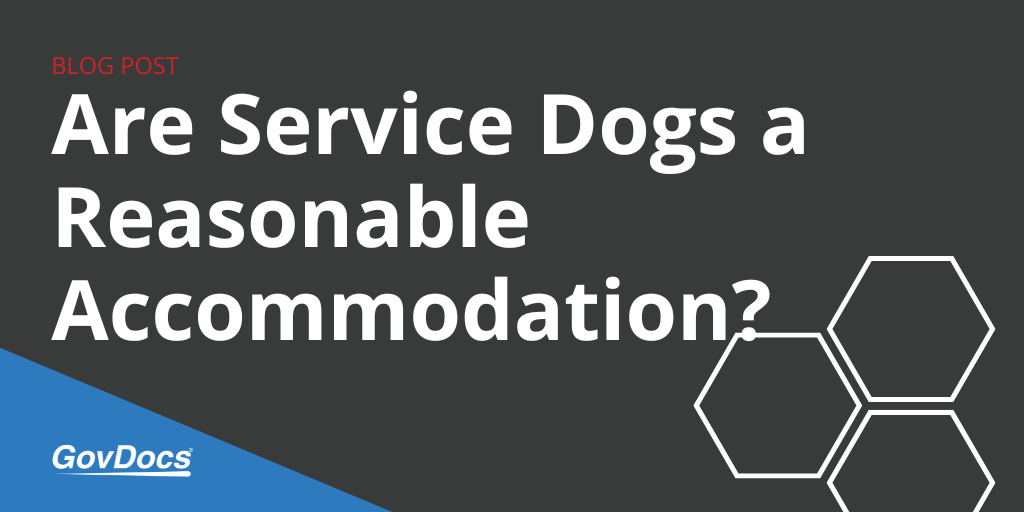 EEOC sues when employee fired after requesting a service dog as a reasonable accommodation.

Are service dogs a reasonable accommodation?

The Equal Employment Opportunity Commission (EEOC) recently sued after a national retail chain refused to reasonably accommodate a cashier who wanted to use a service dog and then allegedly fired her because of her disabilities.

The employee in question told store management she suffered from post-traumatic stress disorder (PTSD), anxiety and depression, and needed to bring her service dog with her to work to deal with the symptoms.

But company officials decided the dog would create a safety hazard and create issues for employees or store customers, according to the EEOC. And the retailer eventually terminated the employee when she couldn’t work without the dog, although she had submitted information from a mental health provider and the company allows customers to bring in service dogs.

In response, the EEOC alleged the company violated the Americans with Disabilities Act (ADA) and is seeking:

“Millions of Americans are successful, productive workers despite having mental health conditions that can be debilitating,” Andrea G. Baran, regional attorney for the EEOC’s St. Louis District office, said in a statement. “The ADA ensures equal employment opportunity for these individuals, including those who are assisted by service animals.”

Service Dogs and the ADA

Meanwhile, it is worth noting how the ADA defines a service animal. In addition to helping the deaf and blind and those with other disabilities, the act specifically notes the legal use of service dogs in “calming a person” with PTSD.

Under the ADA, state and local governments, businesses, and nonprofit organizations that serve the public generally must allow service animals to accompany people with disabilities in all areas of the facility where the public is allowed to go. For example, in a hospital it usually would be inappropriate to exclude a service animal from areas such as patient rooms, clinics, cafeterias, or examination rooms. However, it may be appropriate to exclude a service animal from operating rooms or burn units where the animal’s presence may compromise a sterile environment.

The case had not been settled as of this writing.

“In many cases of accommodations for disabilities, the employer must thoroughly investigate the nature and reasons for the preferred accommodation and the question of undue hardship,” he said. “Extensive discussion and possibly expert advice may be necessary to fully resolve accommodation issues.”

Use of AI in Hiring: EEOC Weighs In
Scroll to top