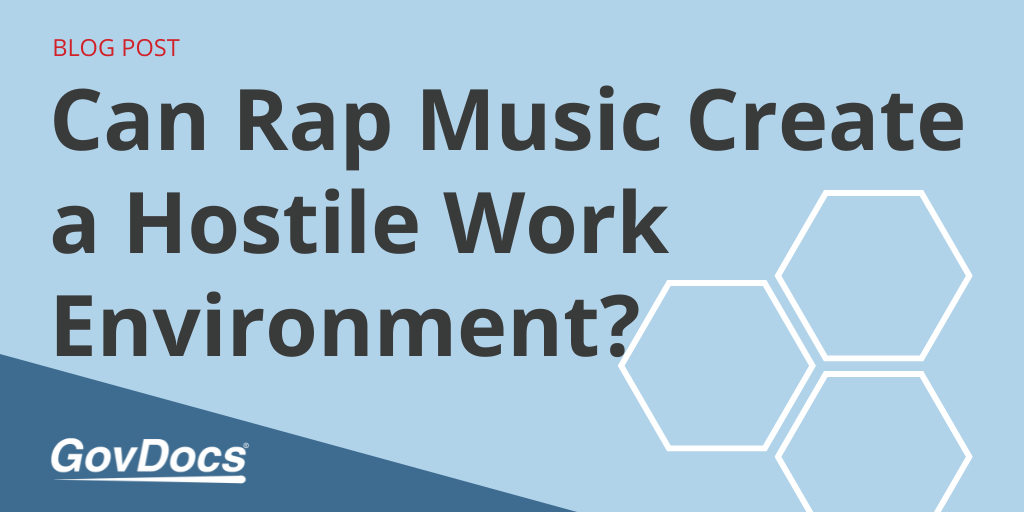 An employee filed a suit against her employer, claiming a sexually hostile work environment that included misogynistic rap music.

A female employee in Nevada filed a suit in U.S. District Court alleging that she was subject to a sexually hostile work environment because of “obscene and misogynistic rap music” played by fellow employees, as well as the “actions and statements of employees who responded to the rap music.”

The suit also claims a coworker made sexual remarks to toward her, stalked her and touched her inappropriately.

The woman who filed the suit is now a former employee.

She said she went to human resources about the rap music — which included graphic sexual references and pejorative terms for women — as well as the alleged actions of her coworker.

But those concerns went unheeded, she claims, and managers also overheard the music but did not address it. The suit alleges company officials “implicitly repudiated the written sexual harassment policy which it claimed to have in force.”

She said she was eventually forced her to quit her job, with the workplace conditions being the reason.

While inappropriate sexual behavior is a clear violation of any company policy, the case does introduce an interesting consideration for certain environments. What is an employer’s obligation for the music that is played in a group atmosphere while employees are working?

Interestingly, the Ninth Circuit Court of Appeals is also taking up a similar case. A lower court ruled that the plaintiffs could not claim sex discrimination because the music was offensive to both men and women, and employees of both genders filed the suit.

In the #MeToo era, sexual harassment suits are never to be taken lightly. And the situation in Nevada illustrates the pitfalls large employers can face. Music at a worksite is commonplace. Do location managers need to keep an ear on the music selections?

Of course, not all rap music is created equal. But employers may want to consider the role music in the workplace could play regarding potential litigation.