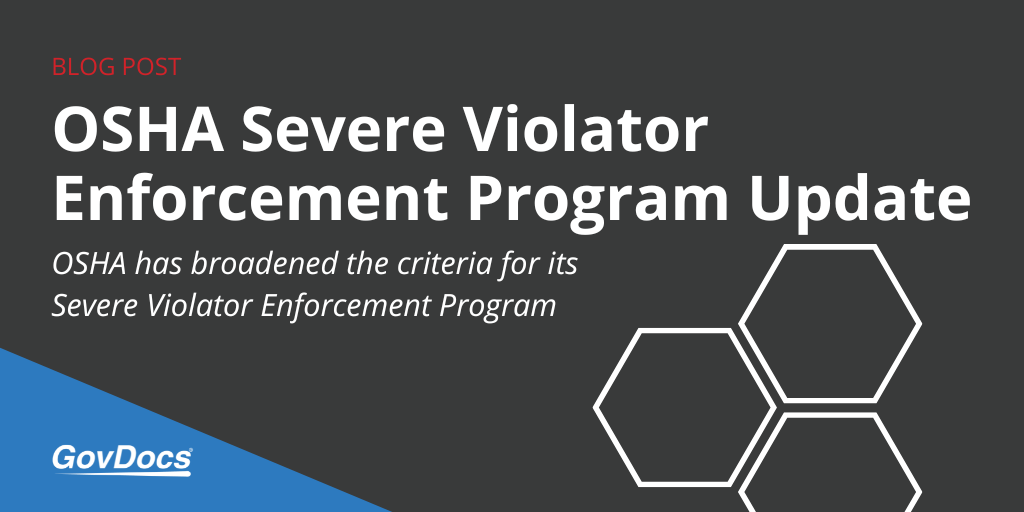 The changes are intended to increase compliance with workplace safety standards and reduce worker injuries and illnesses.

The U.S. Department of Labor in the fall of 2022 announced increased enforcement of the Occupational Safety and Health Administration’s Severe Violator Enforcement Program.

Essentially, it means expanded criteria for placement on OSHA’s Severe Violator Enforcement Program (SVEP), which targets repeat and willful violators of workplace health and safety regulations. In addition to being included on a public list of the nation’s severe violators, employers are subject to follow-up inspections.

The changes are intended to increase compliance with workplace safety standards and reduce worker injuries and illnesses.

“The Severe Violator Enforcement Program empowers OSHA to sharpen its focus on employers who — even after receiving citations for exposing workers to hazardous conditions and serious dangers — fail to mitigate these hazards,” Assistant Secretary for Occupational Safety and Health Doug Parker said in a statement. “Today’s expanded criteria reflect the Biden-Harris administration’s commitment to ensuring OSHA has the tools it needs to ensure employers protect their workers or hold them accountable when they fail to provide safe and healthy workplaces.”

The new criteria replaces the original SVEP, which was initially launched in 2010.

Via a blog from Parker, the new SVEP program includes several updates.

Expansion to Include All hazards and OSHA Standards

Now, it is expanded to include all hazards and OSHA standards.

Just Two Violations Could Land an Employer on the SVEP

Employers will be placed in the program if OSHA finds at least two willful or repeated violations or issues failure-to-abate notices, based on serious violations.

Under the old criteria, the focus was on cases where a willful or repeated serious violation, or there was a hazard the employer failed to abate, that was directly related to either an employee death or an incident that caused three or more hospitalizations.

Follow-up or referral inspections must be conducted within one year, but not longer than two years, after the final order.

Previously, there was no required timeframe for OSHA to conduct a follow-up inspection after the final order.

Removal from the Program

The potential for an employer’s removal from the program begins three years after the date of verification that all SVEP-related hazards have been abated, rather than when final order is issued.

A final order and meeting other conditions are still required for removal from SVEP, but the clock for potential removal starts when the employer fixes the hazard instead of at the end of an administrative process.

Employers can reduce the amount of time in SVEP to two years if they give the OK to an enhanced settlement agreement, which involves implementing a safety and health management system. Such system must include the seven basic elements outlined in OSHA’s Recommended Practices for Safety and Health Programs.

Previously, employers were only eligible for removal from SVEP after three years. These last two changes are meant to incentivize employers to address problems faster and develop long-term solutions to change their health and safety culture.

While most employers don’t set out to violate OSHA rules and regulations, the new criteria for the SVEP bears monitoring.