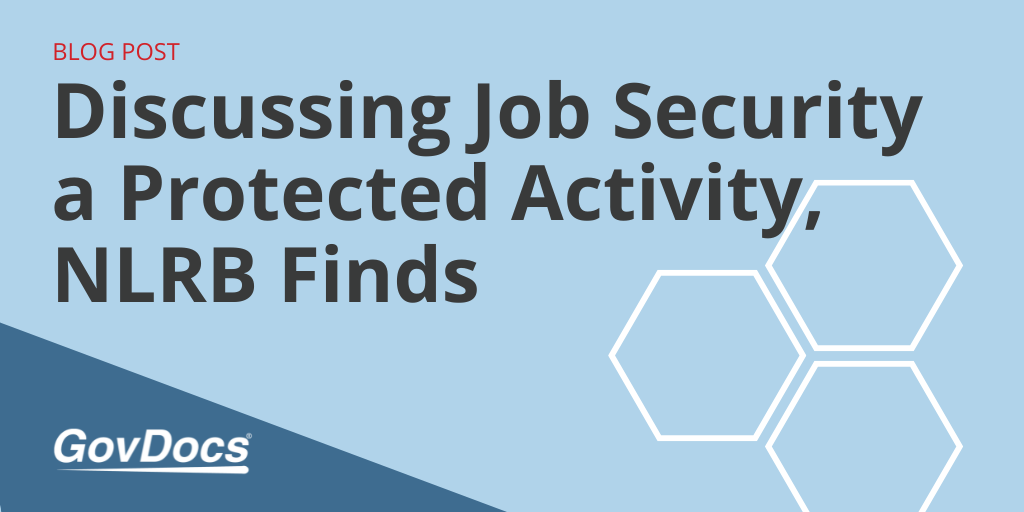 When she returned to work the following Monday, she and another route driver discussed the ad. She asked her coworker if he thought the ad meant their company was going to fire someone, but the coworker thought she was implying he was going to be fired. The second driver went to the owners of the company and expressed his concern about losing his job.

The owner assured him he would not be fired and asked why he was worried. The other route driver mentioned his conversation about the help wanted ad. The company eventually fired the first driver – the one who ducked out of work on Friday – for gossiping and telling other employees he was going to be fired.

The NLRB Steps In

In a 2-1 majority ruling, the NLRB found that the driver’s termination violated the National Labor Relations Act (NLRA) because discussion of job security concerns with her coworker were “inherently concerted” and therefore considered protected activity, even though there wasn’t any evidence that they were “engaged in with the express object of inducing group action.”

The company was ordered to reinstate the driver with full back pay.

Can Employees Talk About Their Pay?

Protected Concerted Activity and Section 7 of the NLRA

Section 7 of the NLRA protects employees who engage in concerted activity for the purpose of mutual aid or protection. Section 8 of that act makes it unlawful for an employer to “interfere with, restrain, or coerce” an employee for engaging in such activity.

What Does It Mean for Employers?

Determining whether employee activity is protected under the NLRA ultimately depends on the specific facts of each case. However, it is clear from recent NLRB rulings that taking corrective action based on work-related conversations among employees can lead to trouble with the NLRB.