Do Domestic Workers Have Employee Rights? 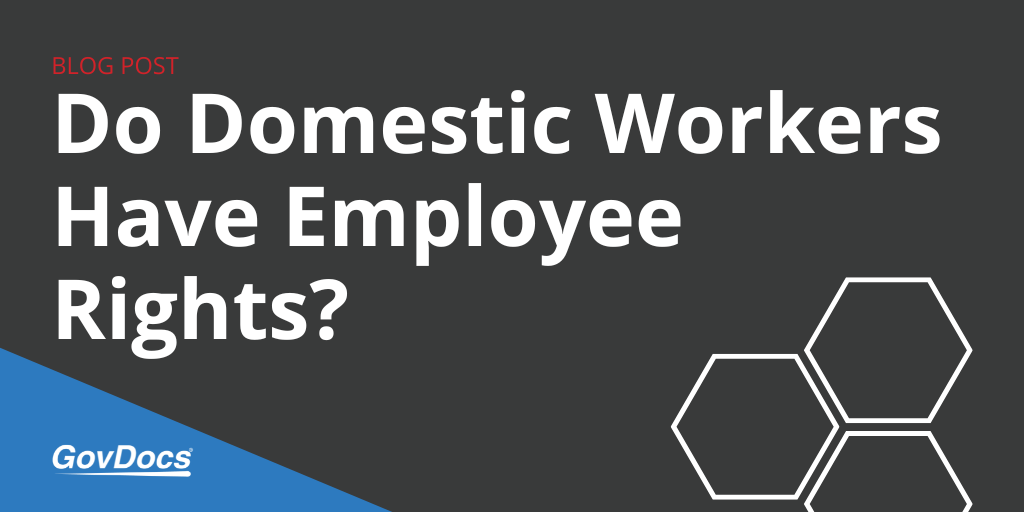 Domestic workers perform a variety of household services, including childcare, cooking, housekeeping, gardening, and even healthcare services for the aged and infirm.

In the U.S., some domestic workers are protected under the Federal Labor Standards Act (FLSA). Congress extended FLSA coverage to domestic service workers in 1974, amending the law to apply to employees performing services of a household nature in or around a private home.

Which Domestic Workers are Covered by the FLSA?

Healthcare workers who provide home health care services may be eligible for minimum wage and/or overtime premium pay depending upon the type of services they provide.

For example, employees providing “companionship services” are not eligible for minimum wage or overtime pay.

New York enacted the Domestic Workers Bill of Rights in November 2010. That act contains more protections to domestic workers than the FLSA, including clarifications regarding rest periods and provisions for domestic workers who suffer sexual or racial harassment.

In California, however, Gov. Jerry Brown vetoed similar legislation in October 2012. With 200,000 domestic workers in California, workers are considered especially vulnerable to inequitable treatment, because they are a largely immigrant and female workforce.

More Stories From Employment Law News
Minnesota Minimum-Wage Workers About to Get a Raise?