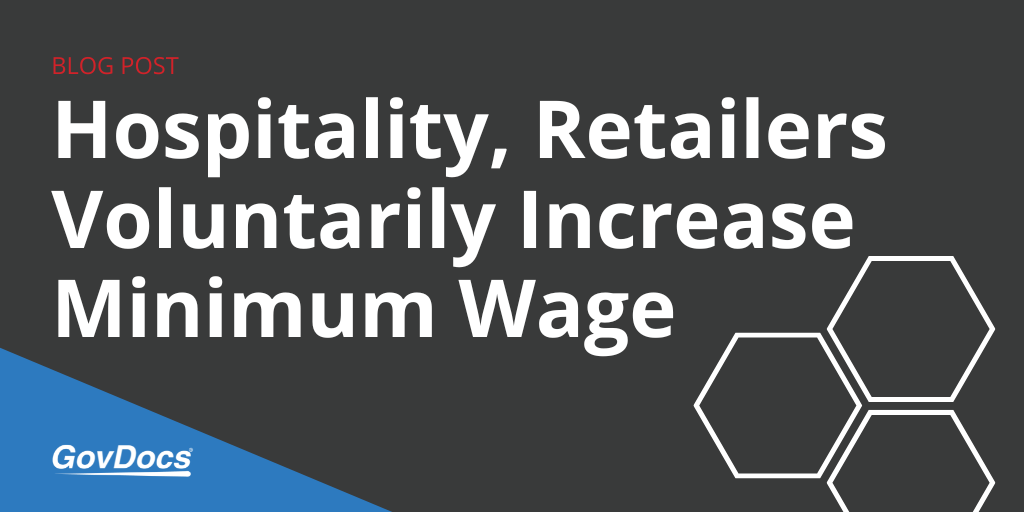 Companies like Florida-based Westgate Resorts are voluntarily increasing their minimum wages ahead of a proposed $10.10 per hour federal government minimum wage.

Westgate announced that new employees earning less than $10 an hour will be receiving an increase up to that amount starting on Jan. 1, 2015. CEO David Siegel said that it’s using the raise to “keep dedicated employees and to attract more hospitality workers.”

The company reports that approximately 1,000 employees working in hospitality and maintenance positions in Orlando will be eligible for the new minimum wage as will “several thousand” more throughout the nation.

Workers in the hospitality industry, like those at Westgate Resorts, are traditionally among the highest proportion of workers (19 percent) with hourly wages at or below the federal minimum wage according to the Bureau of Labor Statistics. However, the retail industry appears to be leading the charge when it comes to voluntarily paying a higher minimum wage:

Why Do Companies Pay More Than the Minimum Wage?

Gap spokeswoman Paula Conhain said of the minimum wage increase: “It’s good for business, it’s helping the store attract and retain the best talent in retail, which is a real competitive advantage for us.”

Rob Olson, Ikea’s United States CEO and acting president, said, “This stems back to Ikea’s decision to create a better everyday life for our people.”

Ikea will base its minimum wage pay for each city where the store is located by using the MIT Living Wage Calculator, which takes housing, food, transportation and taxes into account.

Economists and business owners alike are noting that a rise in the federal minimum wage would be beneficial. They claim that it is good for business and the economy.

Companies that raise their wages are finding that they are attracting better applicants and retaining dedicated staff, while helping increase overall employment levels. In fact, research performed by economists at Goldman Sachs concluded that employment growth was higher in states where the minimum wage went up.