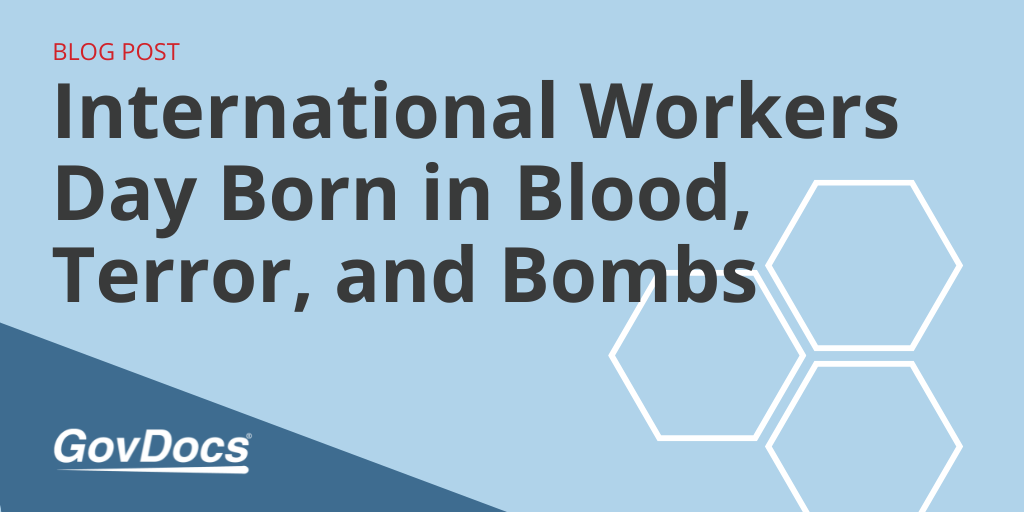 May Day had long been celebrated throughout Europe in worship of spring and of new beginnings. Now, May Day signals a rally cry for international workers. It is a day steeped in blood, terror, and bombs.

How did a so-called “pagan fertility holiday” become linked to one of the most violent and controversial events in U.S. labor history?

It’s all about the Haymarket Massacre.

It began in Chicago, as things often do, when striking workers agitating for an eight-hour workday were confronted by police in May 1886.

A bomb exploded, cruder and smaller than the pressure-cookers used in the recent Boston Marathon bombing, but eerily reminiscent. It killed police officer Mathias Degan instantly and critically injured six other officers ,who later died from their wounds.

Chicago police opened fire from the center of the crowd, killing and wounding four strikers and injuring more than 70 others.

The aftermath of the Haymarket Massacre travels two paths.

On the one path, workers around the world mark the day to remember that workers’ rights have been hard-fought and hard-won.

The other path, however, launched a crackdown on U.S. on workers’ groups and suspected socialist agitators. Homes were searched without warrants. The terror Americans felt came from the anarchists, Germans, and Bohemians. The New York Times ran an article entitled “Anarchy’s Red Hand” in which it described the workers as being “led by two wiry, whiskered foreigners.”

This is a big story that we shouldn’t forget. It scarred labor-employer relations for decades.

No bomber was ever brought to trial, and that person’s identity is still a point for discussion for history buffs. More people died, however, just the same. The death of police officers was intolerable, so the newspapers and courts determined more men must pay with their lives.

Four defendants…were taken to the gallows in white robes and hoods. They sang the Marseillaise, then the anthem of the international revolutionary movement. Family members …who attempted to see them for the last time, were arrested and searched for bombs (none were found). According to witnesses, in the moments before the men were hanged, August Spies shouted, “The time will come when our silence will be more powerful than the voices you strangle today!” Witnesses reported that the condemned men did not die immediately when they dropped, but strangled to death slowly, a sight which left the spectators visibly shaken.

After the executions, many members of the international community were angered. They condemned the trials and executions as a reactionary move meant to calm the public – not meant to mete out justice.

The Second International declared May 1 as International Workers Day in 1889 to help continue labor’s quest for an eight-hour work day – eventually realized by American workers in 1937 as part of the Fair Labor Standards Act.