Our minimum wage glossary offers general descriptions of terms that may vary by jurisdiction. For a definition specific to a jurisdiction, refer to the term within that jurisdiction’s statutes and regulations. You can also check out our Paid Leave Glossary and Labor Law Poster Glossary.

The size of an employer — based on its number of employees or gross receipts — as defined by a minimum wage statute. In instances under which the law defines employer size, employers must pay different rates based on their classification. Business size is often designated as a large or small employer under a minimum wage law. St. Paul is unique in that it categorizes employers into four business sizes, macro, large, small, and micro, basing the category on gross receipts.

A measure of the average change over time in the prices paid by consumers for goods and services. These indexes are often tied to minimum wage increases, with new rates increasing proportionate to the figure as determined by the jurisdiction. Indexes are available for the U.S. and most smaller jurisdictions.

Governmental agencies that manage the enforcement of employer compliance with labor standards, including wage and hour requirements. Customarily, departments of labor publish new minimum wage rates as they become available.

Exclusions from Regular Rate of Pay

Certain payments made by employers to their employees that are excluded from their regular rate of pay, including but not limited to gifts, bonuses and expense reimbursements.

A worker who is exempt from minimum wage and/or overtime pay requirements. To qualify as an exempt an employee, he or she must meet certain job duty tests under one of the exempt classifications (executive, administrative, professional, etc.), be paid a salary and have that salary be at least the minimum salary threshold for that jurisdiction.

A specific rate paid to fast food workers in New York. There, such employees mean any person employed or permitted to work at or for a fast food establishment by any employer where such person’s job duties include at least one of the following: customer service, cooking, food or drink preparation, delivery, security, stocking supplies or equipment, cleaning, or routine maintenance.

The lowest minimum hourly rate most employees can earn across the U.S. The federal minimum wage has been $7.25 since 2009, but many states and local jurisdictions have set their own higher rates in recent years.

A nationwide movement pushing for an increase in the federal minimum wage to $15 an hour, which started when fast food workers in New York City went on strike in 2012.

Tips an employee receives for work. Note that many jurisdictions have separate wage rates for employees who customarily receive tips, and there are also laws regarding tip-pooling and employers taking tips from workers.

An employee’s pay before taxes and other deductions are removed. Generally, gross wages include salary, hourly pay and/or tips.

A defined boundary for which a governmental entity has the authority to enact minimum wage laws. Jurisdictions are at the city, county, state and federal levels.

A calculation determining the lowest wage that a wage earner and their family can comfortably live in an area based on the area’s cost of living and other factors. Note: This is not a minimum wage.

A type of subminimum wage rate than an employee earns during the first several weeks of employment when the employee has no previous similar or related experience. The timeframe can vary based on the jurisdiction. (See also: Subminimum Wage.)

The lowest hourly wage an employer can pay an employee for work. However, this can vary based on several factors:

A worker entitled to the applicable minimum wage who does not fall under any of the exemptions of the Fair Labor Standards Act. Qualifications often also include performing work for a certain amount of time in the week and performing the work within the geographic boundaries of that jurisdiction.

The rate of pay an employee must receive after working more than 40 hours in a workweek. Employees covered by the Fair Labor Standards Act must receive overtime pay for hours worked over 40 in a workweek at a rate not less than time and one-half their regular rates of pay.

Laws that prevent jurisdictions from enacting certain types of legislation, including minimum wage, for smaller levels of government. Several jurisdictions have enacted such laws. But it can work both ways — Colorado in recent years removed a preemption law and now allows smaller jurisdictions to set their own rates. New York State has also considered a similar measure regarding minimum wage.

Typically, the rate of pay government contractors, subcontractors, and vendors must offer employees when doing business with any level of government, i.e., city, county, state, federal.

Information employers are required to maintain under minimum wage laws, which can include personal data, gross wages, deductions, job classification and more.

An employee’s hourly rate of pay for all non-overtime hours worked in a typical workweek.

A type of subminimum wage that allows employers to pay certain student employees a lower wage rate if the student meets certain age, instruction, and hours of work requirements.

Laws that allow employers to pay less than the standard minimum wage to workers in certain categories, often students or new trainees.

A system under which employees who receive tips share gratuities from customers. Generally, tip polling happens when servers share tips with back-of-house employees, such as cooks, barbacks, dishwashers, etc.

A worker who customarily and regularly receives more than a specified dollar amount a month in tips in his or her employment.

The amount an employer is required to pay an employee who regularly receives tips.

A regulation that sets out certain requirements, including workplace standards, meal and rest breaks, and/or wage rates, for employees working in a specific industry. For example, Connecticut’s Mandatory Order No. 8 provides fair wage rate requirements for those employed in restaurant occupations.

A mechanism under a minimum wage law that allows employees to be paid a different wage based on a collective bargaining agreement.

A type of subminimum wage that allows employers to pay employees under a specified age a lower wage rate for a limited period of time when they first start employment.

Created February 2022; Copyright © 2022 GovDocs, Inc. GovDocs is a registered trademark of GovDocs, Inc. This minimum wage glossary is intended for market awareness only. It is not to be used for legal advice or counsel. 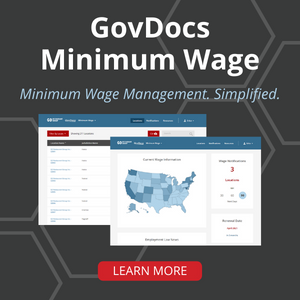 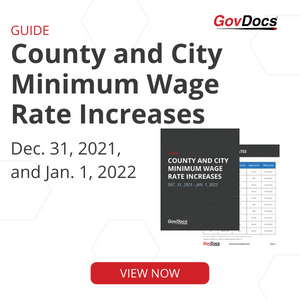 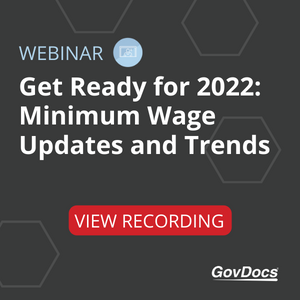 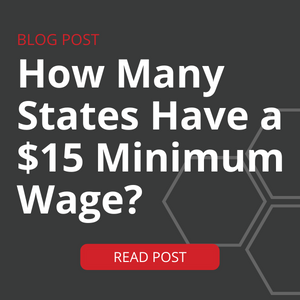 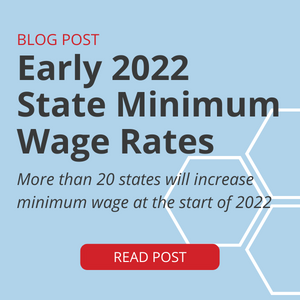 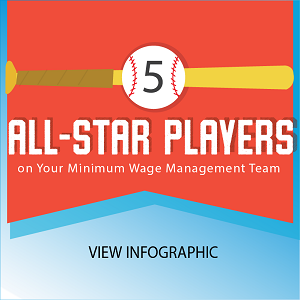 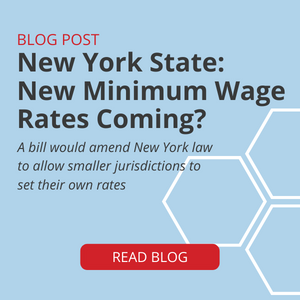