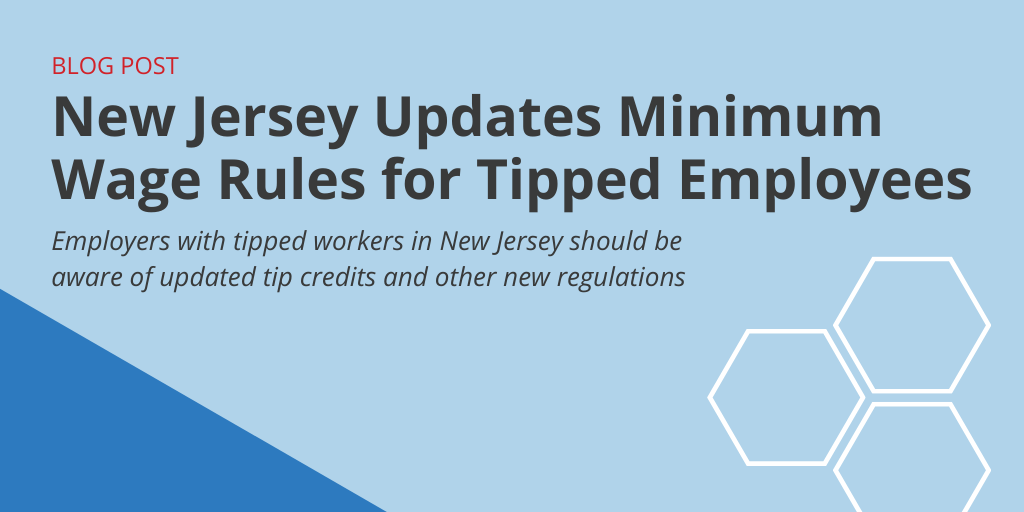 Employers with tipped workers in New Jersey should be aware of updated tip credits and other new regulations.

Adopted Aug. 3, the new rules are meant to ensure fair wages for tipped workers, according to the New Jersey Department of Labor.

For employers, it means ensuring tip credits and other facets of the new rules align with New Jersey law.

First, New Jersey officials outlined tip credits running through 2024. If the minimum cash wage plus an employee’s tips do not equal at least the state minimum wage, the employer must pay the difference. 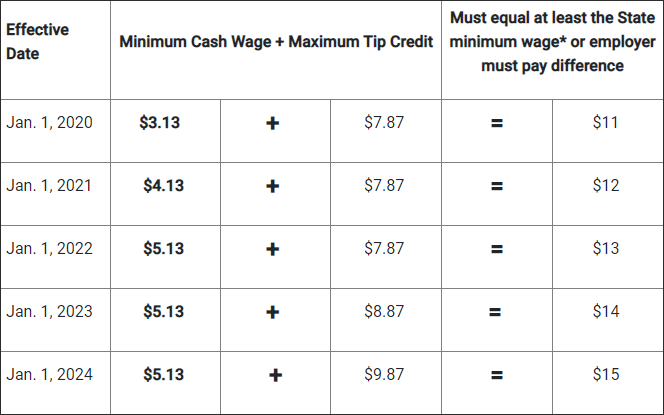 If employers opt not to take the tip credit, employees must be paid the full minimum wage.

Today, the minimum wage rate for large employers in New Jersey is $11 an hour, with $1 increases scheduled through Jan. 1, 2024, when the rate will reach $15. After that point, it will be increased based on the Consumer Price Index (CPI).

New Jersey has separate rates for seasonal and small employers (six or fewer workers), as well as farm labor.

New Jersey estimates more than 333,000 people in its active workforce customarily receives tips, according to 2018 data. A tipped employee is considered one who receives more than $30 a month in tips.

Employers must inform workers about applying tip credits. New Jersey outlined the information that must be provided:

Lastly, an obligatory charge for service, like adding 15 percent to the amount of the bill, is not considered a tip and, even if distributed employees, cannot be counted as a tip.

“Tipped workers have been hit especially hard during the COVID-19 pandemic,” Labor Commissioner Robert Asaro-Angelo said in a statement. “These regulations guarantee these workers are paid a fair wage, which will, in turn, increase income stability for the women, immigrants, and minority workers who predominantly are employed in tipped positions.”

The new minimum wage regulations in New Jersey also include changes for farm labor and training wages. Find further information about employer obligations for tipped workers on the state’s website.

Minimum wage rates continue to increase in jurisdictions across the country. And with these new laws come further regulations for employers to follow, as we see here with New Jersey.

The federal minimum wage hasn’t gone up since 2009, the longest such stretch in the history of the U.S. That fact, along with the nationwide Fight for $15, has prompted cities, counties and states to set new, higher minimum wage rates.

Plus, many of those new minimum wages will soon be governed by the CPI, rather than scheduled increases, making the rate updates more difficult for employers to track.

The challenges of managing this complexity, especially for multi-jurisdiction employers, will likely continue to grow in the coming years.