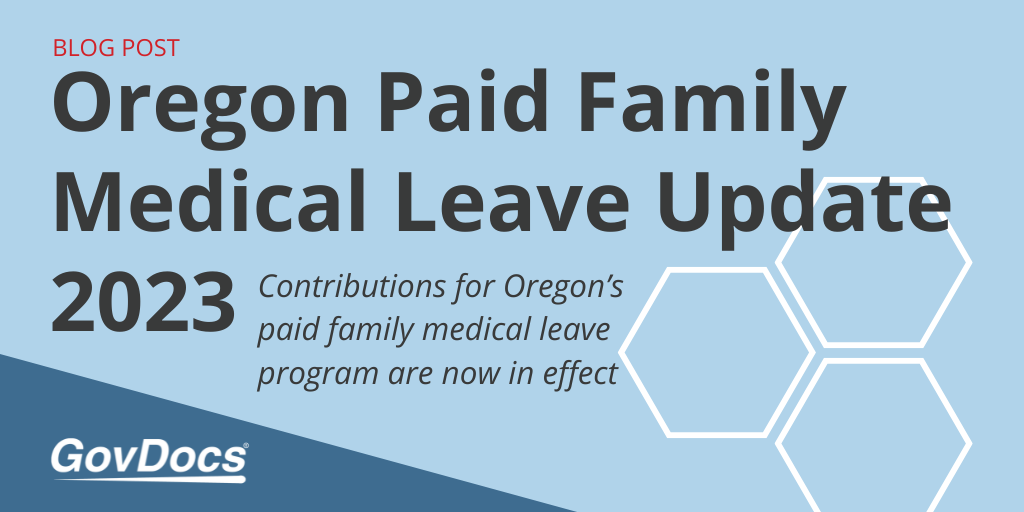 Employers in Oregon should ensure they are in compliance with the contribution rules that went into effect Jan. 1, 2023, for the state’s paid family medical leave law.

The state last year also provided some guidance and adopted rules regarding the law, which should help employers with compliance moving forward.

At the beginning of 2023, workers began paying 0.6 percent of their gross wages, with large employers contributing 0.4 percent to fund the program. (Employers with less than 25 workers are not required to pay into the program. However, they can choose to pay into it if they wish to get access to “assistance grants” to cover costs such as overtime or a temporary replacement worker.)

Meanwhile, benefits will be available to employees beginning Sept. 3, 2023.

At a high level, the rules added definitions, provided clarification around contributions and the wages that are subject to contributions and benefits, and includes examples of handling overpayments and penalty amounts when employers fail to report contributions timely.

Also of note, employers are allowed to apply for an equivalent plan, which must be approved by the Oregon Employment Department.

As a refresher, here are the basics of Oregon’s paid family medical leave program, which does allow leave to be taken consecutively or intermittently (in at least one-day chunks).

The maximum leave amount is 18 weeks per year:

Like other states, Oregon’s benefits are tied to employee earnings:

The maximum weekly benefit amount is capped at 120 percent of the state’s average weekly wage.

Eligible Reasons for Use

When it comes to eligible reasons for use, PFML in Oregon includes time to cope with domestic or sexual violence for employees or family members, along with the standard bonding and health conditions.

Oregon has a broad definition of family member. Close relatives are included, along with any individual related by blood or affinity whose close association with the covered individual is the equivalent of a family relationship.

Lastly, there was a small verbiage update on the associated labor law poster recently, but it was considered a non-mandatory update. Still, employers must display the poster to remain compliant.

Get More Out of Your Labor Law Poster Program

Paid Leave Laws in the U.S.

Obviously, not all of them became laws. But it does underscore the larger push for paid leave laws among the nation’s lawmakers.

In addition to new legislation being introduced, employers also have to keep up with guidance and updates to paid leave laws that are already in effect. At the start of 2023, there were several updates to existing laws for employers to be aware of. Read our blog, What’s New for Paid Leave Laws on Jan. 1, 2023?, for more information.

And these updates don’t happen on regular schedules. Over the course of 2022, there were 30 bills that either enacted, updated, amended or introduced new paid leave laws.

Moving forward, large employers should continue to monitor government entities where they have locations to ensure compliance and prepare for any potential changes.

Whitepaper: What Employers Need to Know About Paid Leave Laws

Employers in Oregon should ensure they are in compliance with the contribution rules that went into effect Jan. 1, 2023, for the state’s paid family and medical leave law.

As a reminder, employees can begin using benefits Sept. 3, 2023.