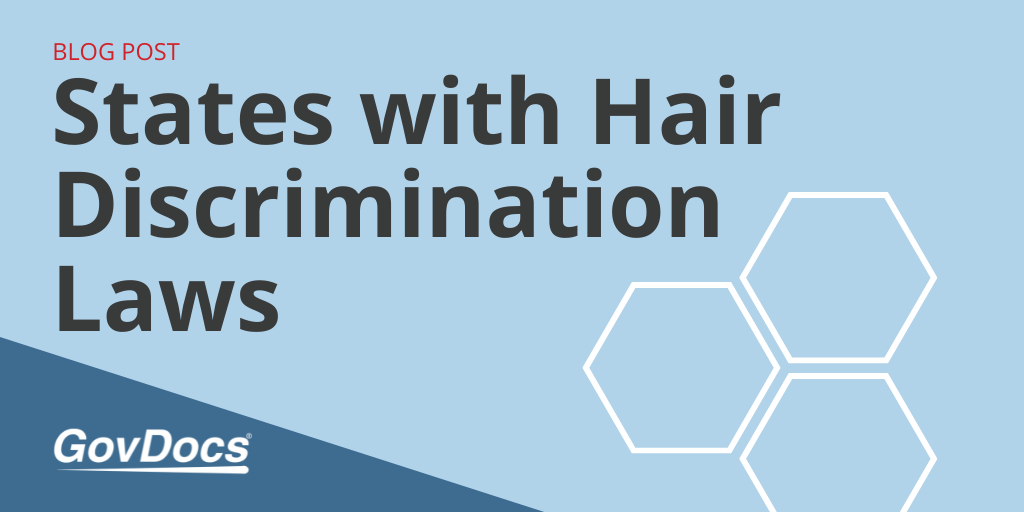 In light of the wave of CROWN laws being passed across the U.S., employers should review their internal policies and handbooks — as well as any diversity training programs — to ensure they are aligned with these laws.

States with hair discrimination laws continue to grow across the U.S.

A few years ago, a coalition began pushing lawmakers to create legislation that prohibits employers from discrimination based on hairstyles — typically those associated with African Americans.

In late July 2022, Massachusetts became the latest state to pass such a bill, which are generally called CROWN (Create a Respectful and Open Workplace for Natural Hair) laws.

As is almost always the case, California was the first state to pass a CROWN law, amending its Fair Employment and Housing Act to include language about hair discrimination.

While these laws vary by jurisdiction, they commonly bar discrimination on certain hair types:

Eighteen states, along with Washington, D.C., have now passed CROWN laws. And Minnesota is now considering one, as well as the federal government.

In Massachusetts, the law was initially introduced after an incident at a school, but it also covers workplace discrimination. The law bars employers from taking adverse actions against employees or job applicants based on their natural or protective hair, including:

The law adds “natural or protective hairstyle” to the definition of race in various state laws, including the Massachusetts Fair Employment Practices Act. Employers found in violation of the law could face racial discrimination charges from a state agency.

Meanwhile, the Massachusetts Commission Against Discrimination is charged with creating regulations and recommendations regarding the law.

Elsewhere, these laws sometimes don’t specifically address hiring, as is the case with Virginia’s hair discrimination law. But most do.

In addition to the states that have passed CROWN laws, legislation has been filed or pre-filed in nearly every other state in the U.S.

CROWN stands for Creating a Respectful and Open World for Natural Hair. The campaign was founded by Dove, the National Urban League, Color of Change and the Western Center on Law and Poverty.

Along with Massachusetts, the other states that have passed CROWN laws include:

In Delaware, which passed its CROWN law in 2021, a study was cited in a synopsis:

Lastly, about 40 cities in have passed CROWN laws, adding to the employment law compliance complexities for companies that operate across the U.S.

In light of the wave of CROWN laws being passed across the U.S., employers should review their internal policies and handbooks — as well as any diversity training programs — to ensure they are aligned with these laws.