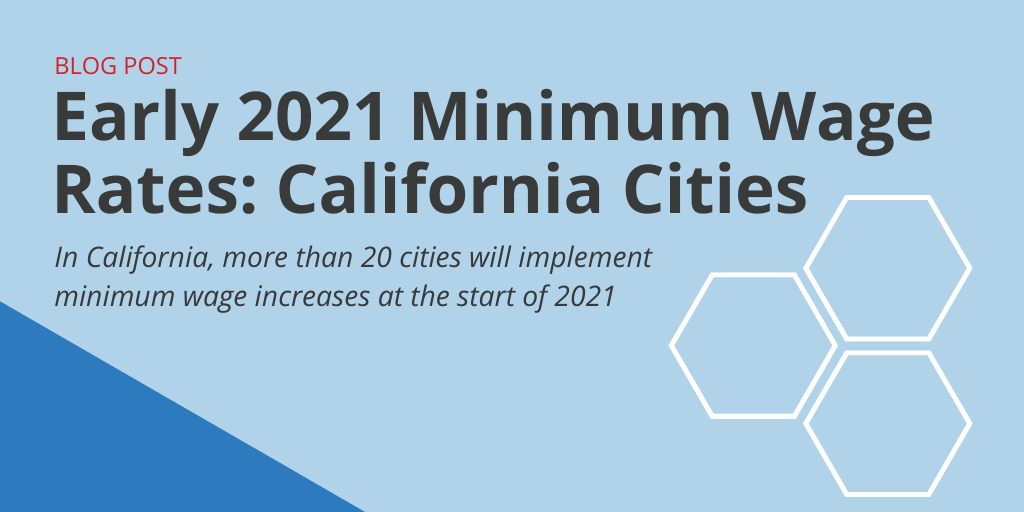 In California, more than 20 cities will implement minimum wage increases at the start of 2021.

What are the early 2021 minimum wage rates for California cities?

With its progressive culture toward employment law, California is always a state to keep an eye on for employers. At the beginning of the new year, more than 20 cities in the Golden State will increase minimum wage.

But one thing is clear: minimum wage is high in California. In addition to a state rate that will soon reach $15, several cities have already surpassed that figure.

Other items to note for employers before we run down the early 2021 minimum wage for California cities:

Some cities in California have planned increases; others will go up based on the Consumer Price Index. Employers should audit their California locations to ensure they are paying the correct rate. 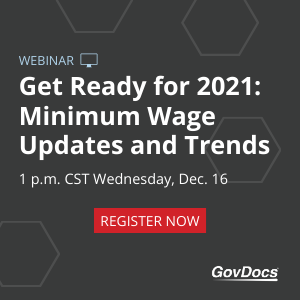 New for 2021, Novato, Calif., has three separate rates for its minimum wage based on employer size:

The city has done away with having separate rates based on employer size.

Sonoma, Calif., has two separate rates based on company size:

As seen here, California is a national leader in minimum wage rates, with many meeting or exceeding $15 an hour. It’s especially noteworthy because the federal minimum wage, $7.25, has not increased since 2009.

While California is known for its high wage rates, other jurisdictions across the U.S. will implement increased minimum wage at the start of 2021. Employers should review their locations to ensure they are remaining compliant.