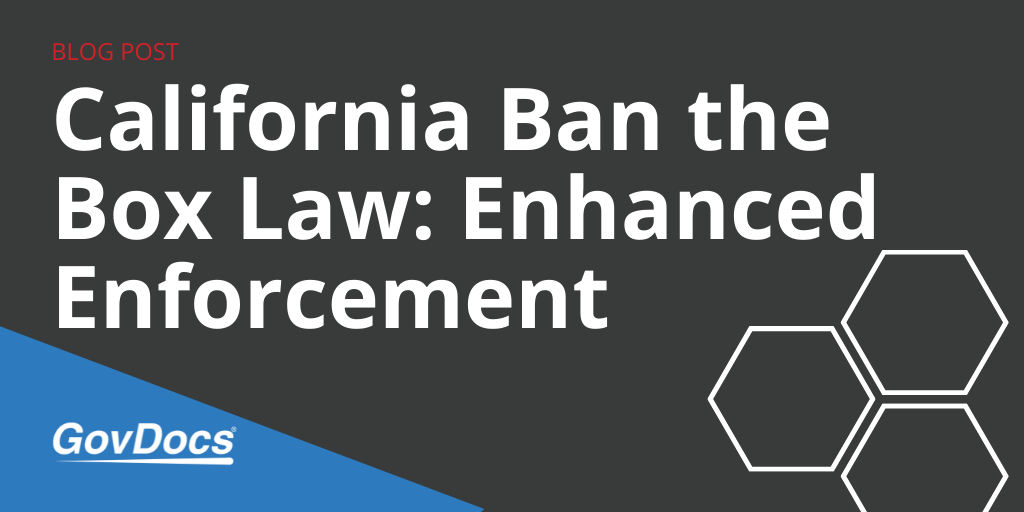 State officials on Oct. 20, 2021, issued a release about the new methods of enforcement, saying a one-day review found more than 500 job advertisements in violation of California’s Fair Chance Act.

The California ban the box law will now see enhanced enforcement, with technological measures being implemented to find potential violations.

State officials on Oct. 20, 2021, issued a release about the new methods of enforcement, saying a one-day review found more than 500 job advertisements in violation of California’s Fair Chance Act.

“Using technology to proactively find violations of the state’s anti-discrimination laws is a powerful strategy for our department to protect Californians’ civil rights,” California Department of Fair Employment and Housing (DFEH) Director Kevin Kish said in a statement. “DFEH is committed to preventing employment discrimination through innovative enforcement actions and by providing clear guidance to employers.”

Generally, ban the box laws prohibit employers from asking about an applicant’s criminal history until a later point during the application or hiring process. Such laws also usually require an associated labor law posting.

Applying to employers with five or more workers, California’s ban the box law went into effect in 2018.

It bars employers from asking about criminal history before a job offer has been made.

The law also goes a step further compared to other ban the box laws. Once an offer has been made, an employer cannot rescind it simply because of an applicant’s criminal past. Employers must also consider:

If an employer decides to take back a job offer based on a criminal history background check, they must tell the applicant in writing, provide a copy of the conviction history report, and give the applicant at least five business days to respond.

Meanwhile, along with the enhanced enforcement measures, the California DFEH also issued a toolkit for employers, which includes:

Though not as prevalent as minimum wage or paid leave laws, there has been a steady stream of ban the box legislation passed over the past decade. These laws are aimed at giving people convicted of crimes a better shot at securing a job.

More than a dozen states have ban the box laws in place, as well as a number of smaller jurisdictions.

In the spring of 2021, GovDocs’ Employment Law News provided an update on three cities that passed or updated existing ban the box laws — New York City, St. Louis, Mo., and Philadelphia — as well as a rundown of the laws at the state level. Find more in our April 2021 post, Ban the Box: Updates and State Laws.

Employers in California already have plenty on their plate in terms of employment law.

And while the California ban the box law has been on the books since 2018, the enhanced enforcement now taking place may prompt some employers to re-evaluate their job postings.