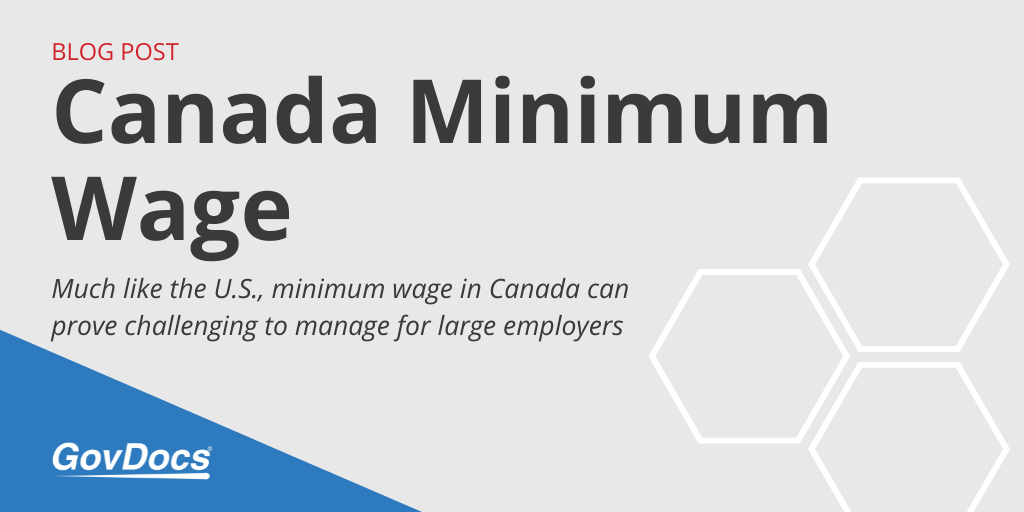 Canada minimum wage can be just as complex as it is in the U.S.

Canada minimum wage rates went up in three provinces in the spring of 2022, and others saw rates increase in the fall of 2022.

Minimum wage in Canada mostly follows the rates set by provinces. There is a federal minimum wage ($15.55, effective April 1, 2022), but it only applies to those working in federally regulated industries, such as banks, postal services, interprovincial transportation and federal Crown corporations.

For employees working in industries not regulated by the federal government, the provincial minimum wage applies.

The nation’s 10 provinces and three territories all have their own rates. Below are details on Canada minimum wage, along with how the rates are configured moving forward.

While minimum wage rates in U.S. states, counties and cities typically update on July 1 or Jan. 1 each year, Canada minimum wage increases are on a slightly different schedule.

Note that there are some exceptions to the standard rates listed below. For example, liquor servers in Ontario, as well as homeworkers, have special rates. For employers in certain industries in Canada, they should check the rates specific to their locations to ensure they are paying the correct minimum wage. And tipped minimum wages should also be monitored.

In Newfoundland and Labrador, minimum wage is currently $13.70.

There are further scheduled increases in 2023:

Minimum wage in the Northwest Territories is $15.20.

Every two years officials there examine its rate for potential updates. The current rate is effective as of Sept. 1, 2021.

Beginning Sept. 1, 2023, the minimum wage in the Northwest Territories will be adjusted based on the applicable Consumer Price Index.

Nova Scotia’s minimum wage is currently $13.60 (effective Oct. 1, 2022), with scheduled increases in spring and fall in the coming years:

In Nunavut, minimum wage sits at $16 currently. It is adjusted annually on April 1.

New rates, effective Oct. 1, will be published by April 1 each year.

In Saskatchewan, minimum wage increased to $13, effective Oct. 1, 2022. There are scheduled increases on deck:

Yukon Territory updated its minimum wage April 1, 2022. It is currently $15.70 and is adjusted annually on April 1.

Much like the U.S., multi-jurisdiction employers that operate in Canada have a multitude of minimum wage rates to track.

Additionally, employers should keep an eye on potential rate changes and any industry rates that may be applicable.