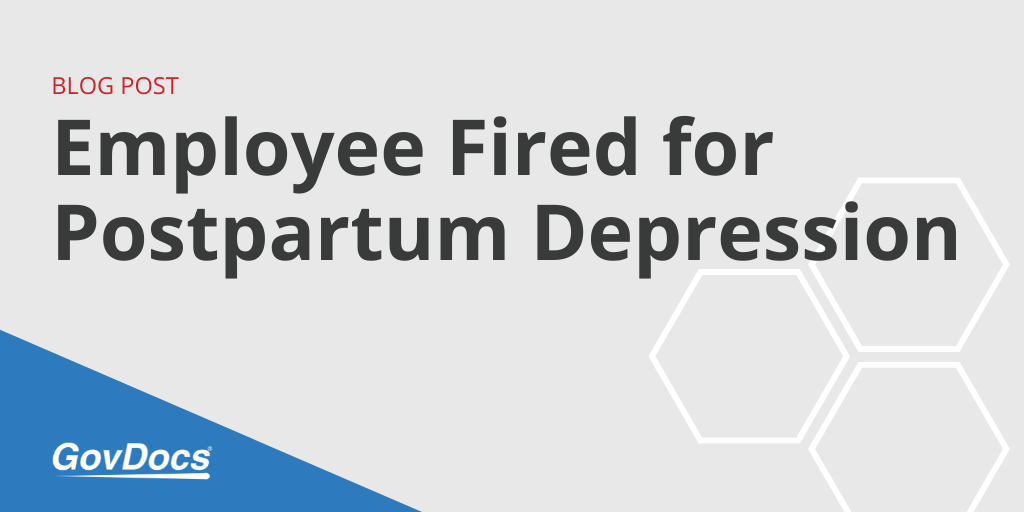 The EEOC proved the company had refused to provide a reasonable accommodation to an employee with postpartum depression and instead fired her because of her disability.

An employee who provided customer assistance to healthcare patients and pharmacists soon found herself in need of an advocate for her own disability case.

A reimbursement case advocate, Meron Debru, informed her employer (The Lash Group Inc.) of her pregnancy and requested short-term disability leave for the birth of her child. Her doctor was concerned that Debru was suffering from postpartum depression and did not release her to return to work, and for nearly five months after her short-term disability ended, she was unable to work because of the postpartum depression, which is considered a disability related to childbirth and is protected by the Americans with Disability Act (ADA).

The company filled Debru’s position about three months into her leave and sent her a letter of termination, stating that she had exhausted her FMLA leave and because she had taken more than six months’ leave, which was not true. Debru protested to the human resources manager, and the company sent a new letter stating that she had exhausted her allowable FMLA leave, but that she could apply for other open positions with the company.

She was eventually released to return to work by her physician and was forced to compete for vacant positions. After applying for three positions for which she was qualified, the company still had not hired her, and they once again formally terminated her.

The EEOC proved the company had refused to provide a reasonable accommodation to an employee with postpartum depression and instead fired her because of her disability.

(To be clear, the ADA does not classify pregnancy as a disability, but any pregnancy-related disabilities, such as postpartum depression, are considered disabilities for which employers must provide reasonable accommodation.)

What is Postpartum Depression?

Approximately 15 percent of all new mothers experience intense issues known as postpartum depression whose symptoms may include:

Untreated, postpartum depression may last for many months or longer.