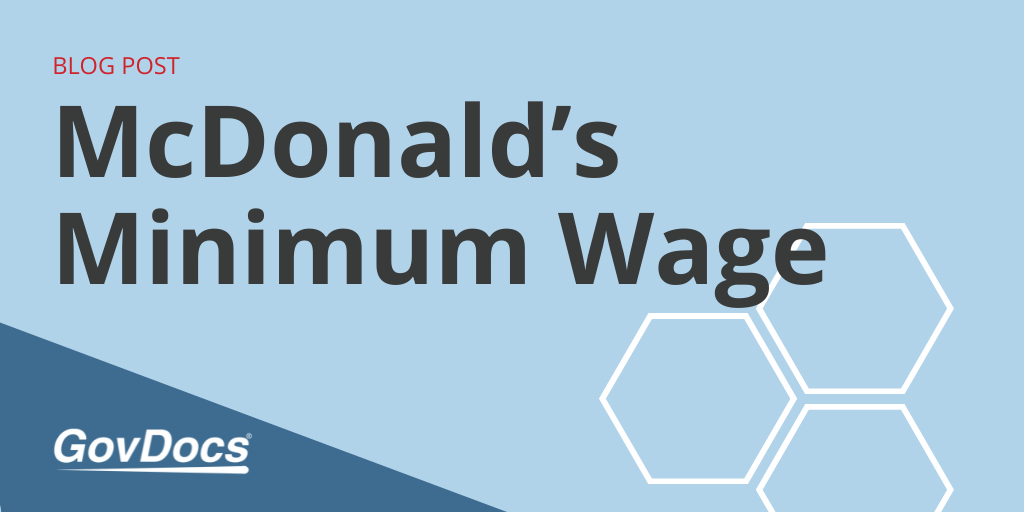 Additionally, the company is developing a tuition assistance program available to all employees at both company-owned and franchised restaurants.

About 90,000 McDonald’s crew members will be “loving it” even more beginning July 1, 2015, when McDonald’s corporate-owned restaurants serve up pay increases amounting to $1 per hour more than local minimum wage rates.

McDonald’s workers at corporate-owned restaurants in California, for example, would earn $10 per hour, which is a dollar more than the California state minimum wage of $9 per hour.

The company operates only 10 percent of the McDonald’s restaurants in the U.S. Franchisees operate the remaining 3,100 restaurants, which means 640,000 McDonald’s crew members won’t see the increase.

The move caught some franchisees off-guard, and they may follow the McDonald’s corporate example and institute wage increases.

Minimum wage isn’t the only super-sizing McDonald’s employees at corporate-owned restaurants will experience. The company also announced paid time off for both full-time and part-time workers. After one year of service, employees will accrue paid time off and be compensated for any unused portion of that time.

Additionally, the company is developing a tuition assistance program available to all employees at both company-owned and franchised restaurants.