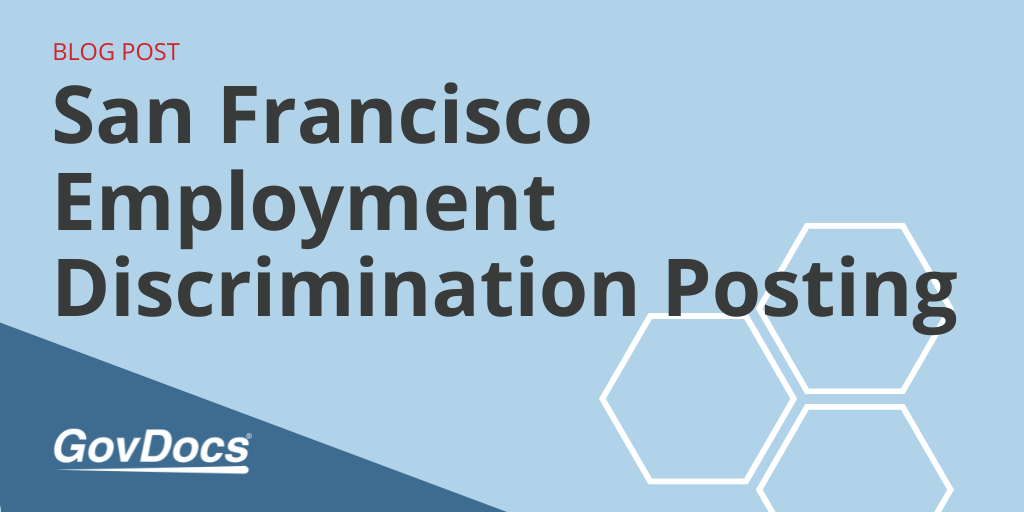 The San Francisco workplace discrimination posting points out that retaliation for filing complaints of discrimination is illegal and the employers must provide reasonable accommodation for persons with disabilities.

San Francisco’s Human Rights Commission released a new posting required for all employers with a business tax registration certificate from the city or that hold contracts with the city.

The posting points out that retaliation for filing complaints of discrimination is illegal and the employers must provide reasonable accommodation for persons with disabilities. Additionally, the posting reiterates that San Francisco contractors must offer equal benefits to employees with domestic partners.

Which San Francisco Workers are Protected from Employment Discrimination?

Article 33 of the San Francisco Police Code prohibits employers from taking adverse employment action against protected classes of individuals based on:

An employer commits unlawful discrimination by refusing to hire, firing, under-compensating, or making less favorable terms of employment for workers protected by the law.

At the least, a San Francisco city poster package should include:

City Postings in the U.S.

Currently, more than 40 cities require postings for some or all employers, and GovDocs monitors more those and a dozen more cities in the U.S. for new postings and posting updates. City posting coverage is just another reason why North America’s largest employers trust GovDocs for ongoing posting compliance.