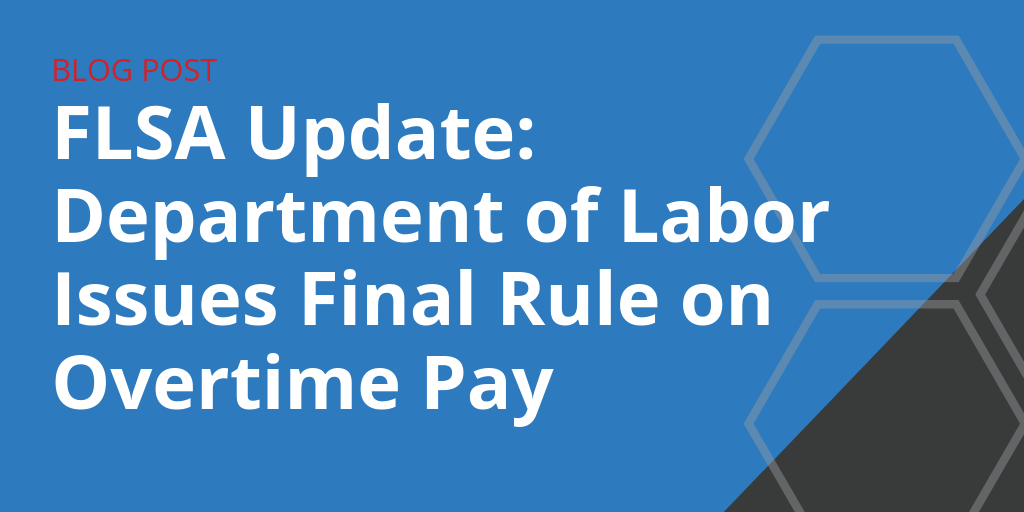 This is the first change to the federal minimum salary threshold for overtime pay since 2004. Ultimately, more than a million employees will be eligible to receive overtime pay for working more than 40 hours in a week as a result of this change, according to the DOL.

“For the first time in over 15 years, America’s workers will have an update to overtime regulations that will put overtime pay into the pockets of more than a million working Americans,” acting U.S. Secretary of Labor Patrick Pizzella said in a release. “This rule brings a commonsense approach that offers consistency and certainty for employers as well as clarity and prosperity for American workers.”

In addition to increasing the minimum salary threshold for overtime pay, the DOL’s final rule also:

The new rule does not include automatic adjustments to the salary threshold level. However according to the final rule, the “Department affirmed its intention to issue a proposal to update the earnings threshold every four years, unless the Secretary determines that economic or other factors warrant forestalling such an update.”

The new overtime rules don’t go as far as the Obama-era decision to double the salary threshold to $47,000, which was met with significant pushback from the business and legislative community. In a subsequent legal dispute over this change, a federal judge in Texas ruled the change invalid in 2017, holding that the DOL exceeded its authority. If it had been implemented, the initiative would have covered four times as many workers.

In the wake of this final rule from the DOL, employers should review data for any of its exempt workers making less than the new salary threshold level and determine what changes should be implemented. Employers have a little over three months to review and analyze the best approach for their workforce before the rule is effective on January 1, 2020.