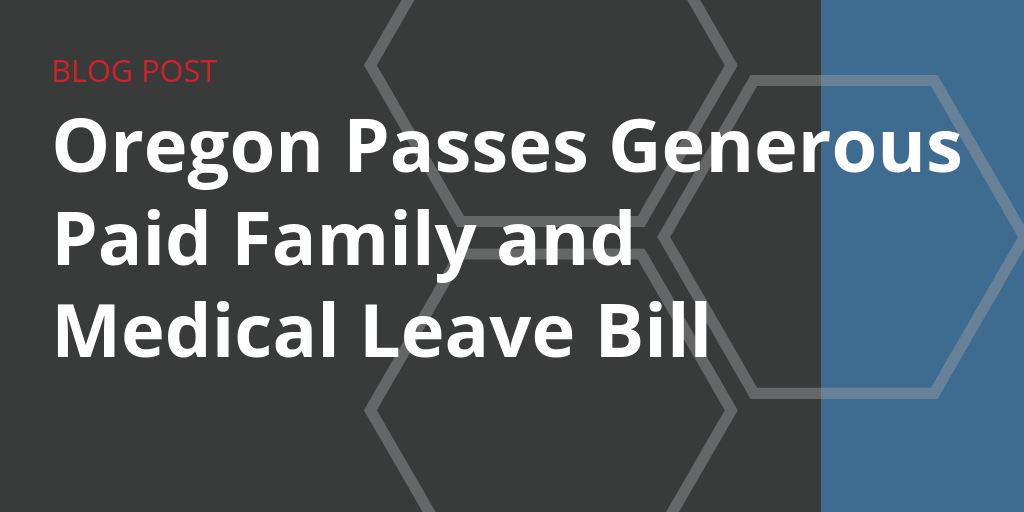 The measure will be funded through payroll contributions by employers with at least 25 workers.

The paid family leave and medical bill passed in Oregon this summer will have major implications for employers starting in 2023. Oregon became the eighth state to enact such a measure, and it’s one of the most generous in the nation.

The bill, which Gov. Kate Brown signed into law on Aug. 9, covers nearly every worker in the state. Employees who make more than $1,000 a year will be eligible for 12 weeks of paid leave.

The measure will be funded through payroll contributions by employers with at least 25 workers.

Other details of Oregon’s Paid Family and Medical Leave bill include:

The time off can be used to:

The legislation includes protections in place for workers who use paid family and medical leave.

Other Aspects of Oregon’s PFML

Also of note: Oregon’s PFML broadly defines eligible family member, including step-siblings, a grandparent’s spouse and someone who is the equivalent of a family relationship.

The benefit amount is tied to an employee’s earnings and the state’s average weekly wage (AWW):

Violating employers can face lawsuits starting in 2025. The state’s Employment Department is expected to issue rules regarding the legislation before September 2021. 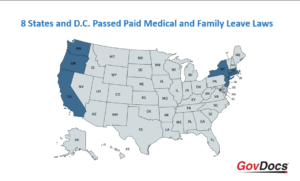 “Oregon families no longer need to make the difficult choice between paying the rent and staying home with their newborn, or between chemotherapy and keeping food on the table,” Brown said in a statement. “It’s absurd that our society values someone clocking in and out of their job above holding a loved one’s hand — and that will change under HB 2005, where all families who need and care for each other will be recognized.”

In addition to Washington, D.C., there are seven other states with paid family and medical leave laws:

But other states have enacted paid leave laws allowing employees to take time off for any reason:

Meanwhile, cities are enacting their own paid sick leave laws, including three Texas cities (with some legal challenges) and Pittsburgh (courts upheld its legality this summer).

It’s incumbent upon employers to understand the implications of paid leave laws and their impact on compliance and payroll teams.

The Overlapping Minnesota and Minneapolis Wage Theft Laws: How to Comply
Scroll to top