How Do Minimum Wage Increases Affect the Economy? 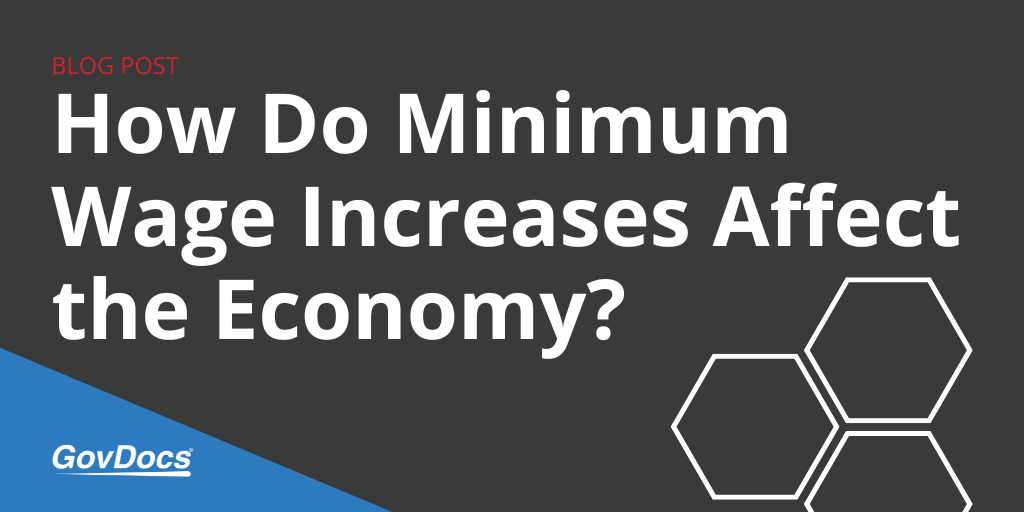 In February 2014, the Congressional Budget Office (CBO) estimated that an increase to the federal minimum wage would eliminate up to one million jobs in the U.S., with a loss of 500,000 jobs being the group’s “central estimate.”

In July 2014, the U.S. Department of Labor released a Regional and State Employment and Unemployment Summary, essentially stating that not much has changed. Some states are even seeing faster job growth after increasing their minimum wage rates.

“It raised serious questions about the claims that a raise in the minimum wage is a jobs disaster,” John Schmitt, a senior economist at the Center for Economic and Policy Research (CEPR) said of the summary.

He also noted that the data “isn’t definitive, but is probably a reasonable first cut at what’s going on.”

What Do Minimum Wage and Job Growth Data Mean?

The U.S. is in the midst of a battle between those in favor of a federal minimum wage increase and those opposed to it — those who want to achieve pay equality and a living wage and those who are concerned about stifling business growth through artificial wage increases.

President Obama’s Administration is actively pushing to increase the minimum wage to $10.10 per hour and even used his executive order power to mandate a minimum wage increase for federal contractors.

Of course, much of what lies ahead for minimum wage and the economy hinges on the outcome of the elections. In 2014:

Both sides of the political aisle will leverage every bit of data they can to fit their political agendas, and this could be a pivotal year for Democrats to solidify control of the Congress and set the stage for a strong run for the next presidential election in 2016.

Bear in mind that states like Connecticut and Maryland (which have Democratic majorities in their legislatures and Democratic governors) are making the jump to $10.10 minimum wage rates in stages (2016 and 2018 respectively), just in time for critical elections but not long enough to determine the enduring effects of significant increases to minimum wage rates.

Minimum wage workers are typically under the age of 25, single, and work part-time.

The highest percentages of those workers are employed in the service industry – either in food preparation or waiting tables. The workers waiting tables often receive a federal tipped minimum wage — the minimum wage required to be paid to tipped employees. This wage is set lower than the standard federal minimum wage to include customer tips.

The District of Columbia Bans the Box
Scroll to top