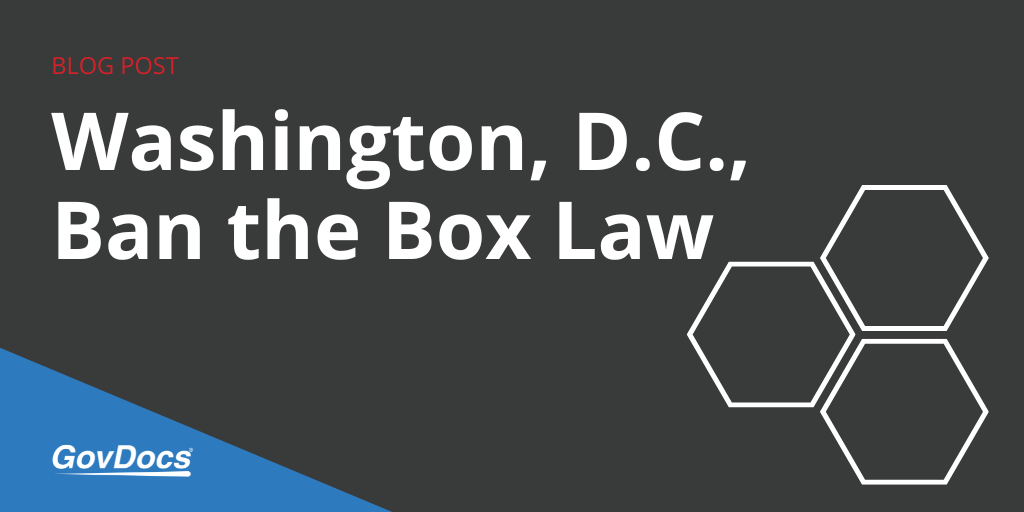 In a unanimous decision, the Council of the District of Columbia voted to “ban the box.”

The Fair Criminal Records Screening Act (Bill 20-642), prohibits employers from asking a job applicant about any criminal convictions until a conditional job offer has been extended. Employers are also prohibited from asking about an applicant’s arrest record.

Update: The Washington, D.C., ban the box law went into effect in December 2014.

Ban the Box Advocacy and Opposition

Those in favor of banning the box say such legislation helps give ex-offenders a fair shot at employment. Most ex-offenders return to a life of crime due to the frustration of not being able to find work.

It is estimated that 60,000 residents living in the District of Columbia, 10 percent of the population, have a criminal record. Advocates are quick to point out that the proposed law would not apply to sensitive jobs such as providing services to children or vulnerable adults.

Opponents argue that this bill will keep employers from adequately screening applicants. Because employers cannot find out about an applicant’s criminal history until after an offer is made, if a conviction is a deal breaker (for example, if the applicant would need to enter customers’ homes), employers will have to start the hiring process over again and previous applicants may no longer be available or interested. Companies with more than one location also need to consider that there could be different regulations depending on the legislation in that location.

Where Ban the Box Goes from Here