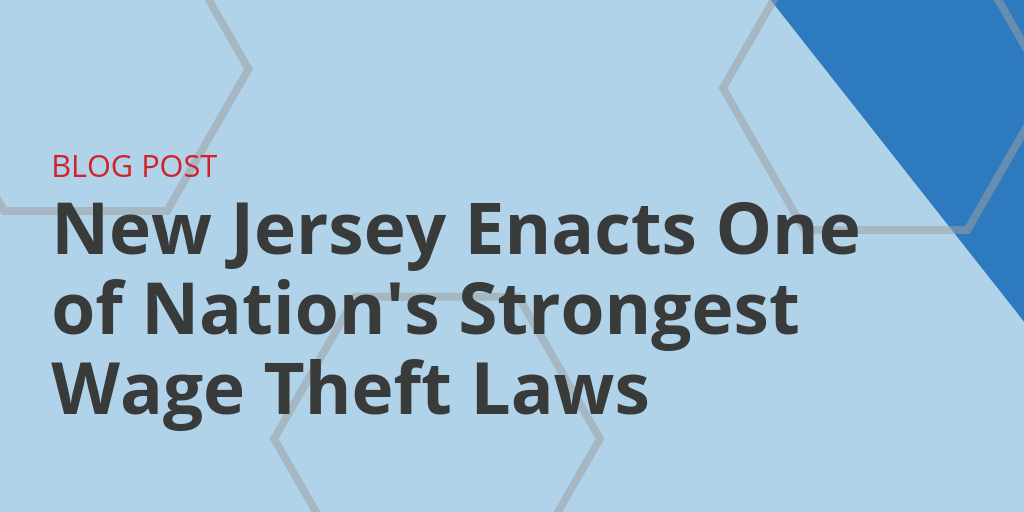 The New Jersey Wage Theft Act also further discourages employers from retaliating against employees who report suspected wage theft. The law assumes retaliation if an employer takes adverse action against an employee within 90 days of an individual filing a complaint.

New Jersey earlier this month enacted a new wage theft law that most notably extends the statute of limitations for claims to six years, up from two.

Signed into law Aug. 6, the legislation enhances penalties for violating employers that could result in 18 months of prison time and fines reaching nearly $15,000 for repeat offenders. The bill is considered one of the most stringent wage theft laws in the nation.

Most provisions of the bill went into effect immediately. Violations of the wage theft measure include penalties that could result in:

The New Jersey Wage Theft Act also further discourages employers from retaliating against employees who report suspected wage theft. The law assumes retaliation if an employer takes adverse action against an employee within 90 days of an individual filing a complaint.

Meanwhile, employers who are found in violation of the law may have to pay back both the wages plus attorney’s fees and 200 percent of the unpaid wages.

“We must ensure that every hardworking individual in New Jersey receives the wages they worked hard to earn,” said Acting Governor Sheila Oliver. “I am proud to sign this legislation that will protect the rights of workers, furthering the Murphy-Oliver Administration’s commitment to build a stronger and fairer New Jersey through protecting the right to earn a fair wage.”

GovDocs is tracking whether the updated Wage Theft Act will result in a new posting requirement.

States have been strengthening wage theft laws of late.

These new laws underscore the importance for businesses to notify workers of their rights and stay compliant with ever-changing employment regulations.