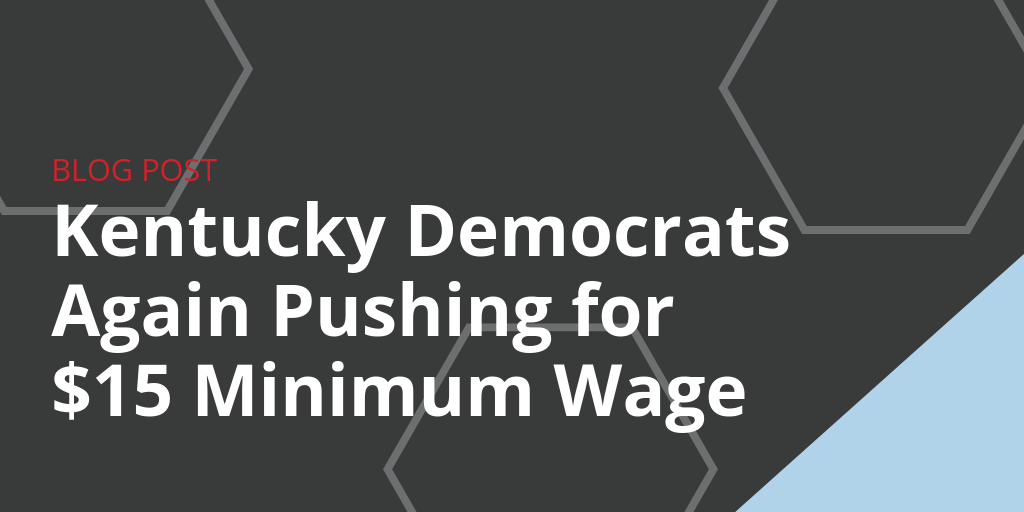 The Kentucky lawmakers’ plan calls for gradual increases to Kentucky’s minimum wage, starting with a bump to $8.20 in 2020.

Two Kentucky Democrats are preparing to introduce legislation that would eventually increase the state’s minimum wage to $15 an hour.

If enacted, it would more than double Kentucky’s current minimum wage by 2027. Currently, the state’s minimum wage remains at the federal rate of $7.25. (The federal minimum wage hasn’t increased since 2009.)

Sen. Reggie Thomas and Rep. Kathy Hinkle announced their plans during a joint press conference on Aug. 20. They have pre-filed the bills in their respective chambers. The Kentucky General Assembly reconvenes in January 2020.

The lawmakers’ plan calls for gradual increases to Kentucky’s minimum wage, starting with a bump to $8.20 in 2020. Thomas, an attorney and law professor, noted that states contiguous to Kentucky have minimum wage rates above the federal requirement:

As proposed under the Senate version of the bill, the legislation would make Kentucky’s minimum wage:

For tipped employees, the rates would be:

All changes would take effect on July 1 each year. (There is some language in the pre-filed bill about a $2.13 minimum wage for tipped employees. But that is already the federal rate.)

However, retail stores and service businesses whose gross revenues are less than $500,000 would not be subject to the Kentucky minimum wage rate under the measure.

Another big part of the proposal is that it would allow cities in Kentucky to set their own minimum wage rates.

About four years ago, Lexington and Louisville passed ordinances to increase minimum wage. Yet the Kentucky Supreme Court in October 2016 struck down the measures, saying cities don’t have the right to set their own wage rates.

The minimum wage bill from Thomas and Hinkle aims to reverse that ruling.

Meanwhile, Thomas has pushed for similar legislation the past two years. And it remains to be seen whether the effort will be successful this time around. The governor is a Republican and the GOP is also in control of the Kentucky General Assembly.

Minimum Wage Laws and the ‘Fight for $15’

It’s possible the effort to raise the minimum wage in Kentucky goes the same way as the attempt at the federal level. Earlier this summer, the U.S. House passed a bill that would eventually increase the minimum wage to $15. But it has yet to gain any traction in the GOP-controlled Senate.

Elsewhere, Colorado this spring gave cities the authority to create their own minimum wage rates. The progressive state will likely see new minimum wage ordinances passed in the coming years.

These changes in employment law are just one of several moving targets HR professionals, payroll teams and compliance experts must keep an eye on now and in the future.