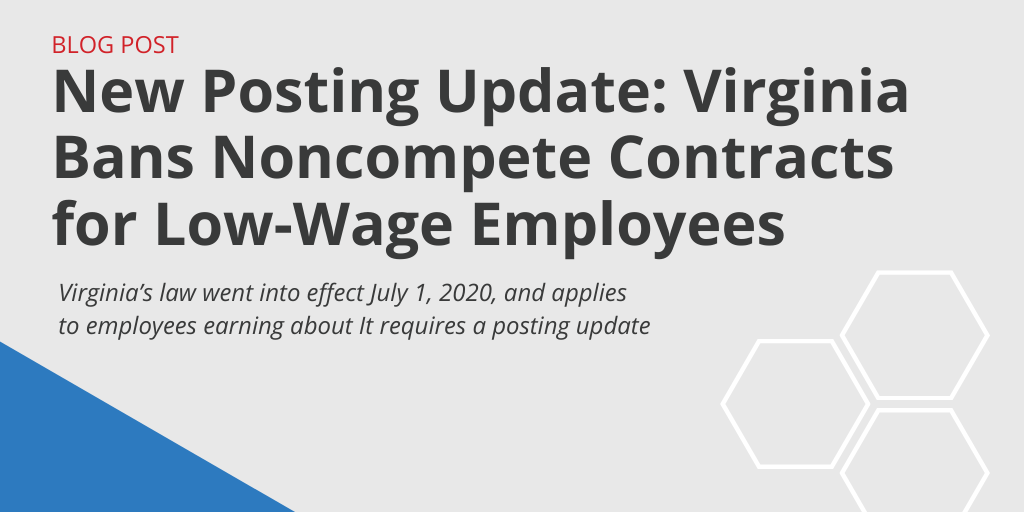 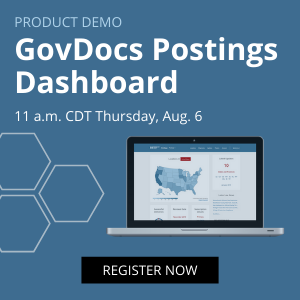 One of several bills related to employment law the Virginia governor signed in April 2020, the noncompete legislation went into effect July 1, 2020. The posting is required for all employers.

Virginia’s noncompete legislation (Senate Bill 480) prohibits employers from entering into such contracts with any of their low-wage employees.

The law also opens the door for low-wage employees to bring lawsuits against employers who enter into or try to enforce a noncompete covenant.

Violations of the law can subject employers to a $10,000 fine per violation.

Also, employees may seek relief, which could mean payment of liquidated damages, and awarding lost compensation, damages, and reasonable attorney’s fees and costs.

The Virginia noncompete legislation defines low-wage employees as those whose average weekly earnings are less than the average weekly wage of Virginia. That would come to about $52,000 per year as of June 2020; the exact amount ties to data from the Bureau of Labor and Statistics.

Meanwhile, a low-wage worker is also defined as independent contractors compensated at an hourly rate that is less than the median hourly wage for Virginia.

Banning Noncompete Contracts in the U.S.

To varying degrees, a handful of states in recent years have banned noncompete contracts for low-wage workers, including:

Often, states take different approaches. Some limit the level of enforcement, for example, while others only focus on certain sectors like technology. Many states exempt certain professions such as doctors and broadcasters.

Virginia has been active recently in the realm of employment law. The governor in signing the legislation discussed here also enacted several other measures, including wage theft and hair discrimination, and emergency statewide standards related to COVID-19.

Virginia even pushed back the implementation of a minimum wage increase due to the coronavirus.

While employers often keep their eyes on California, Colorado, New York, Oregon and others for new and expanded employment laws, the recent developments in Virginia illustrate the need for companies to keep track of new bills and laws to remain complaint.

Mask Mandates: Concerns for Employers During the COVID-19 Pandemic
Scroll to top