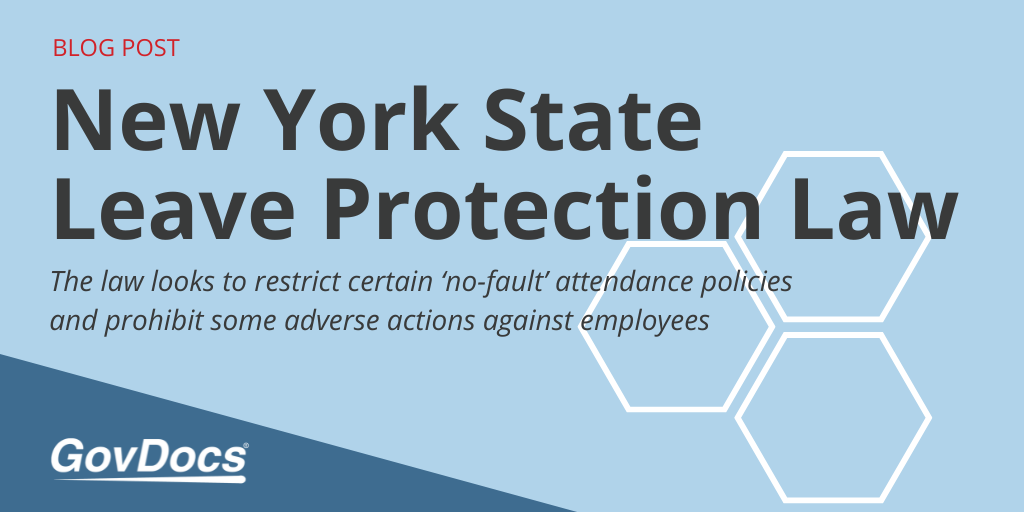 New York employers cannot take certain adverse actions against employees who use leave for lawful reasons under an amendment signed into law in November 2022.

The new law prohibits employers from taking certain types of retaliation against workers who use leave under the various applicable laws. Those actions include taking “points” or “demerits” from employees for using leave.

According to a summary of its provisions:

… it is retaliation for an employer to discipline workers by assessing points or deductions from a timebank because an employee has used any legally protected absence.

Workers can also bring claims within two years of any potential violation of the law, and seek lost pay, damages, attorneys’ fees and more.

Of course, there are plenty of leave laws in New York for employers to monitor.

And while many of them have anti-retaliation provisions in place, the new law explicitly mentions all types of leave laws that apply to workers in New York State, and also opens the door for the private right of action by employees.

Still, it’s worth noting some of the leave laws in place in New York State. And remember, the new law applies to local and federal law, as well. Leave laws in New York include:

With these and other leave laws for employers to consider, New York employers should ensure they research their policies regarding the new law.

While the New York State leave protection law doesn’t explicitly ban “no-fault” attendance policies, it does curtail what actions employers may take when an employee uses leave under the myriad laws in the state (as well as the FMLA).

And with a February 2022 effective date, employers that operate in the Empire State should ensure their attendance policies don’t penalize employees from using lawful leave.

As always, the continuation of new and updating employment laws create major challenges for large employers.