‘OK, Boomer,’ the U.S. Supreme Court and Ageism in the Workplace 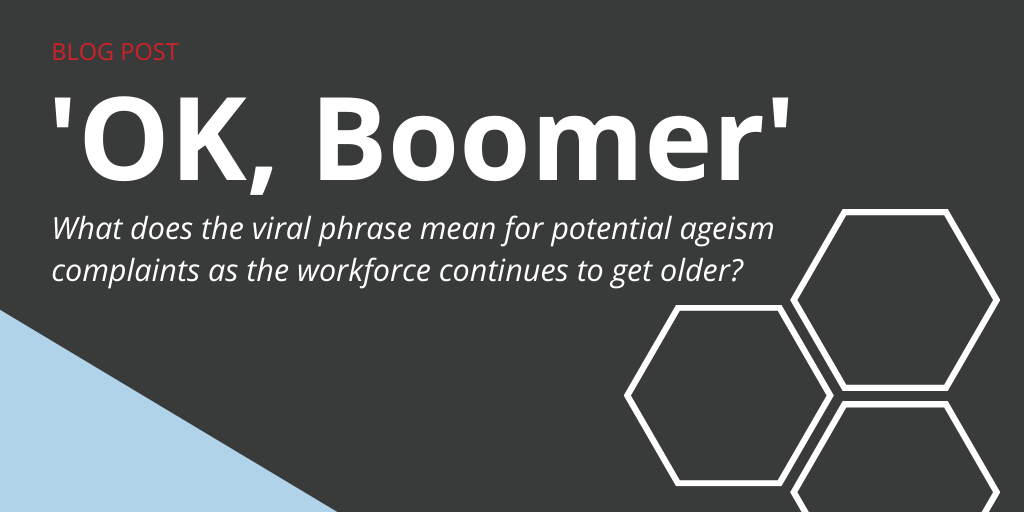 “OK, boomer” — the viral phrase young people use to indicate baby boomers aren’t with the times — came up during a U.S. Supreme Court case in January.

Chief Justice John Roberts used the phrase during oral arguments of an age discrimination lawsuit. While his comment prompted laughter from the audience, it also raised a larger question of whether “OK, boomer” qualifies as age discrimination. The matter should also remind employers of the dangers of ageism in the workplace.

For a bit of background, “OK, boomer” gained popularity as a phrase and meme in 2019.

It’s used primarily on social media by Millennials and members of Generation Z as a putdown toward baby boomers who they view as being out of touch with modern sensibilities. It apparently began with a response to an older gentleman’s TikTok video, though there’s an instance of it being used on Reddit as far back as 2009.

Though it may not seem all that bad as a diss to the older generation, a professor at a major U.S. university recently compared “OK, boomer” to another, harsher pejorative. The university issued a statement about the incident and the professor later apologized.

Ageism in the Workplace

Workplace issues can arise when it comes to age gaps and how people of different generations get along.

The federal Age Discrimination in Employment Act (ADEA) of 1967 made it unlawful for employers to discriminate against workers 40 and older. And since 2000, the number of people 70 or older in the workforce has grown to nearly 15 percent.

If one employee were to “OK, boomer” another, it could be argued that it was “offensive or derogatory” in a complaint regarding age bias.

“Somebody being treated differently because of age — whether it is ignoring or ostracizing or saying ‘OK, boomer’ — may create an environment so hostile that a person can’t function,” Scott Warrick, an Ohio-based employment attorney, told the Society for Human Resource Management. “A toxic culture could be used as part of an age-discrimination case. … Never under any circumstances use a protected class as a slur. If you think you are going to, take your tongue and bite it. Those funny little comments about ‘old farts’? You can’t do that anymore.”

Employers should take note. In fiscal year 2019, the Equal Employment Opportunity Commission received thousands of complaints under the ADEA, with more than $75 million in monetary benefits recovered.

If the chief justice of the U.S. Supreme Court asks whether “OK, boomer” could be an actionable phrase, it’s a good idea for employers to discourage its use in the workplace.

The final ruling in the court case referenced at the beginning of this blog won’t be decided on until this spring. But the comment from Roberts gives employers something to think about as they navigate the ever-complex world of compliance.