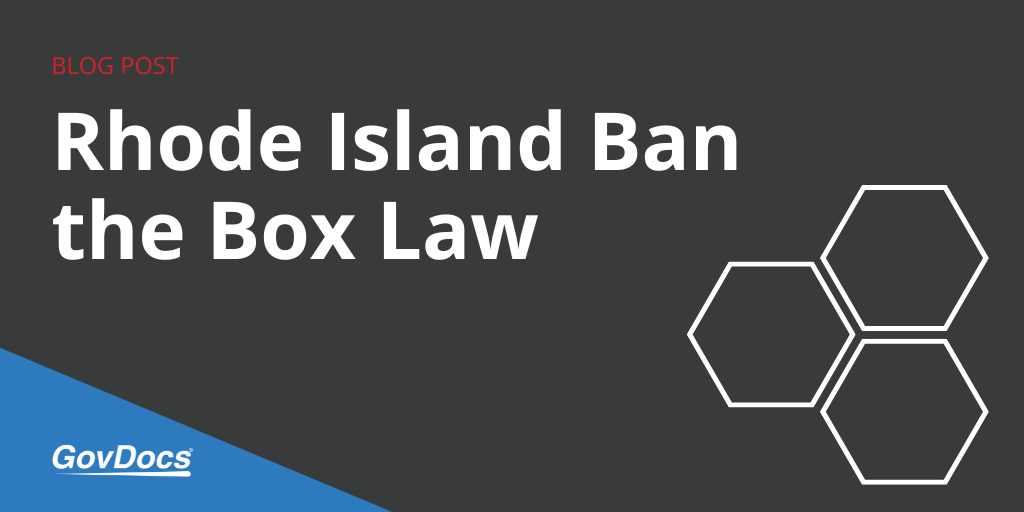 This legislation amends the states Fair Employment Practices Act (FEPA) and bans both public and private employers of more than four individuals from inquiring about the criminal history of applicants on job applications.

Under this new law, employers cannot ask about criminal conviction history until the first interview. Previous Rhode Island law only prohibited inquiries of arrests or charges.

Statewide enactments of Ban the Box were made in Hawaii, Massachusetts, and Minnesota. The cities of San Francisco, Seattle, Buffalo, N.Y., Philadelphia, and Newark, N.J., have all enacted Ban the Box legislation, as well.

Rhode Island has updated the discrimination notice adding text regarding the restriction of questioning applicants about their arrest record and convictions on job applications.

You can find this mandatory posting as well as all of your other required Rhode Island employment postings on the GovDocs Rhode Island Labor Law Poster Store.

Can Workers Send Personal Email at Work?
Scroll to top