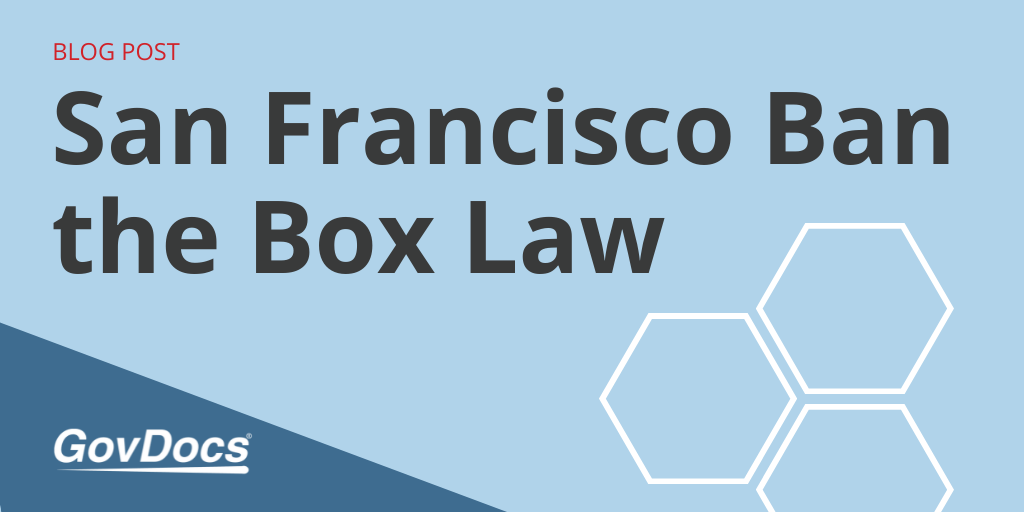 San Francisco is the fifth municipality in the U.S. to restrict criminal background checks during employment screening.

The City and County of San Francisco Board of Supervisors passed the Ordinance and Mayor Edwin M. Lee signed it into law. The new ordinance (San Francisco Police Code, Article 49) limits the use of criminal history information in pre-employment screening and goes into effect Aug. 13, 2014.

San Francisco is the fifth municipality in the U.S. to restrict criminal background checks during employment screening: Buffalo, Newark, Philadelphia, and Seattle are the other four. Four states also have ban the box laws: Hawaii, Massachusetts, Minnesota, and Rhode Island.

Employers with 20 or more workers, city contractors, and housing providers are prohibited from requiring job applicants to disclose any conviction history or unresolved arrests until either after the first live interview with the person after a conditional offer of employment.

Regardless, there are some details regarding an applicant’s criminal history that remain off limits during all stages of the hiring process. Employers are prohibited from asking applicants about or requiring disclosure of:

Could Your Accent Get You Fired?
Scroll to top