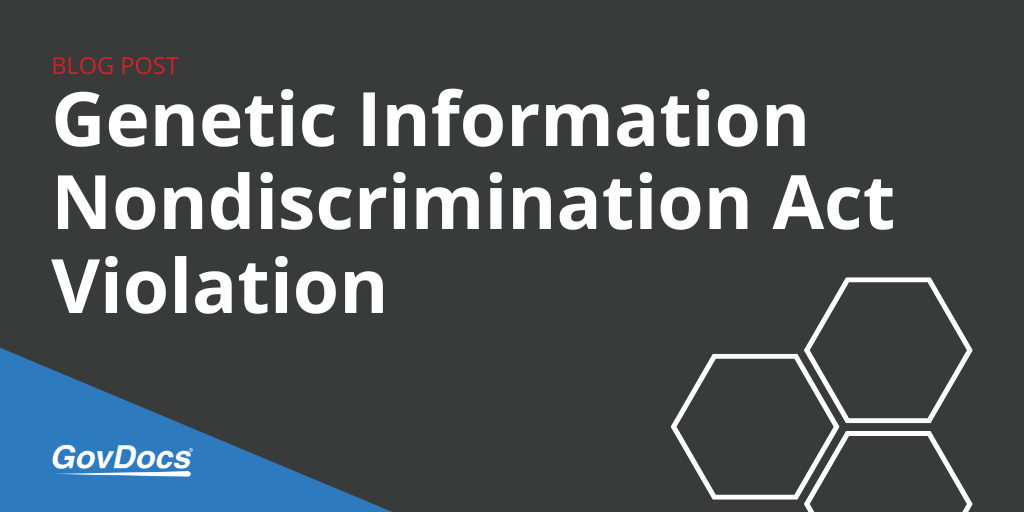 In the first settled case of its kind, a U.S. employer was found in violation of both the Genetic Information Nondiscrimination Act of 2008 (GINA) and the Americans with Disabilities Act (ADA).

This is the first lawsuit ever filed by the EEOC alleging genetic discrimination.

Employers should be sure they are not requesting information regarding family medical history at any time during the hiring process or employment.

When Rhonda Jones’ temporary position at Fabricut was coming to an end, she applied for a permanent job. She received a preliminary offer from the company for permanent employment, contingent on pre-employment screening. The court ruled that Fabricut violated GINA by asking Jones questions about her family medical history during a post-offer, pre-employment medical examination.

After making Jones an offer of permanent employment, Fabricut sent her to its contract medical examiner, Knox Laboratory, for a pre-employment drug test and physical. As part of the physical, Jones was required to disclose disorders in her family medical history.

“Although GINA has been law since 2009, many employers still do not understand that requesting family medical history, even through a contract medical examiner, violates this law,” said EEOC Regional Attorney Barbara Seely.

The EEOC is launching a coordinated investigation and enforcement effort as part of its Strategic Enforcement Plan across the spectrum of equal employment law, which includes genetic discrimination. Although this case is considered the first one settled under GINA, it also brought to light violation of the ADA.

In addition to the GINA violation, the EEOC alleged that Fabricut violated the ADA’s prohibition against discriminating against qualified individuals with disabilities (or perceived to have disabilities) when it rescinded Jones’ employment offer based on the belief that Jones had carpal tunnel syndrome.

More Stories From Employment Law News
Breastfeeding and the Workplace

California Cracks Down on Wage and Hour Violations
Scroll to top