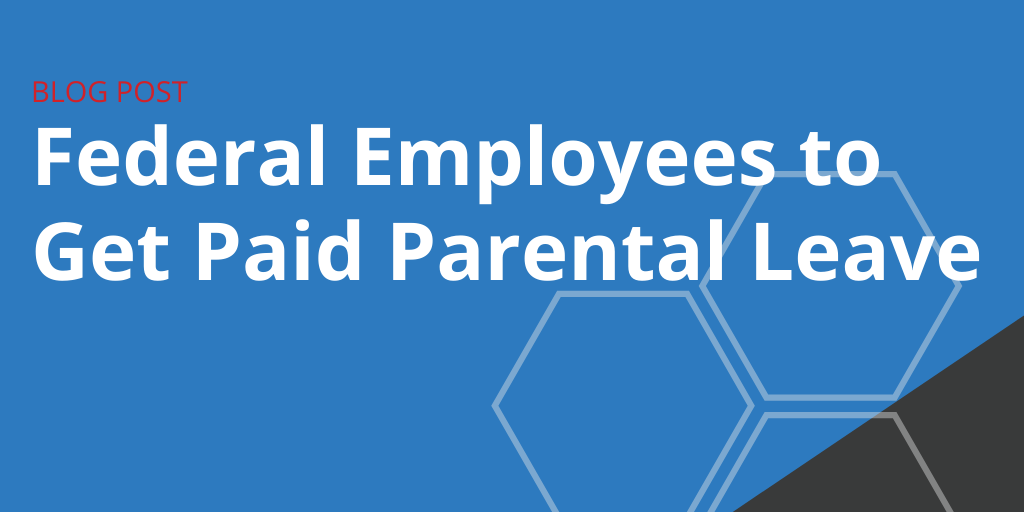 The measure — part of a defense spending bill — will go into effect Oct. 1, 2020. Paid parental leave will be available to federal workers who have been at their job for at least a year.

Paid leave laws have been on the rise across the country. Now, the federal government has joined the march, giving paid parental leave to more than 2 million employees.

The measure — part of a defense spending bill — will go into effect Oct. 1, 2020. Paid parental leave will be available to federal workers who have been at their job for at least a year.

Covered uses include leave associated with:

“History will rightly record this moment when the federal government finally gave its workforce the ability to welcome a new child into their homes without sacrificing their financial well-being,” National Treasury Employees Union National President Tony Reardon said in a statement. “This is one of the most consequential workplace benefits granted to federal employees in many, many years and NTEU is honored to have been a part of this important movement.”

Meanwhile, some speculate the move could trickle down to private employers. Senate Minority Leader Chuck Schumer noted to the Associated Press that the federal government can act as a “pacesetter.”

“If you work for a private company, this means the pressure on your employer will be much greater to give you parental leave as well when the blessed event of a child comes around, or god forbid your child is really sick and needs serious care,” he said.

The tide of paid leave laws across the country continues to grow. These laws — due to varied accrual rates, reasons for usage and other factors — present challenges for employers to track.

With the federal government now taking action on paid parental leave, it could be a harbinger of changes at the state, county and city levels. Generally, we’re seeing three types:

Managing these laws will take a toll on HR teams. Take Oregon’s paid family and medical leave bill, for example. The measure:

For companies with workers across the country, employment law management isn’t getting any less complex.