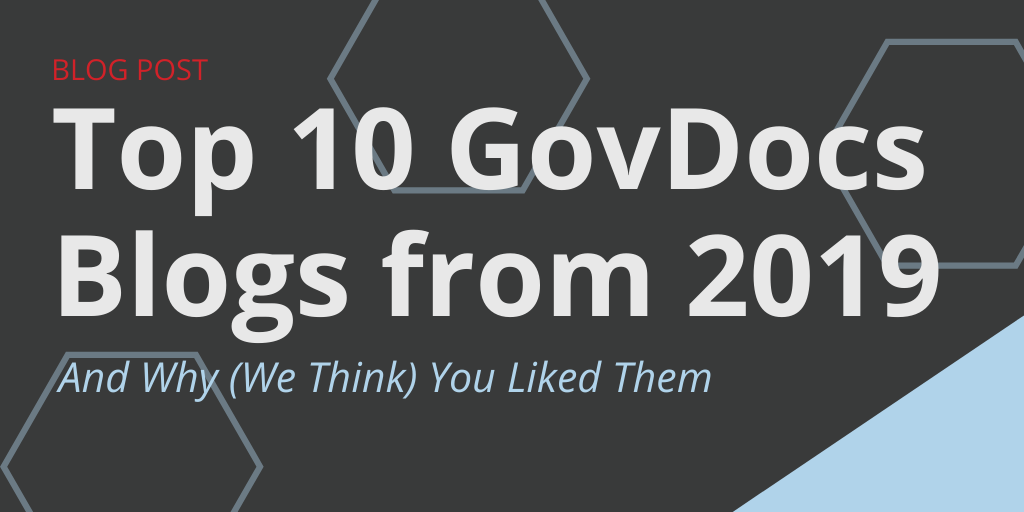 Here are GovDocs’ 10 most popular blogs from 2019. We also took a guess as to why you liked them.

At GovDocs, we do our best to keep you informed of the employment law changes that impact you. New postings. New minimum wage rates. New paid leave laws. New regulations that leave you scratching your head… It’s a lot to look back on over the course of the year.

So, we went to the numbers. Below, based on a few factors, is the list of our 10 most popular blogs from the previous year. We also took a guess as to why you liked them.

Click on the headlines to read more about each topic.

Anytime a change happens at the federal level, it’s big news for employers.

In late January 2019, the U.S. Department of Labor announced increased penalties for violations of:

The past year was big for minimum wage laws, and that includes Maryland.

The state moved forward with a law that will eventually make minimum wage $15 for both large (2025) and small (2026) employers.

But the reason for the popularity of the blog post may have been the way in which it was passed — the Maryland General Assembly had to override the governor’s veto to enact the measure.

Late in 2018, GovDocs posted a blog and offered a survey regarding “employment ghosting” — that’s when an employee or employer disappears during the job or hiring process.

While survey results are always interesting, we imagine the blog was popular because:

Check out the blog post for the survey results, as well as quotes from some of the respondents. 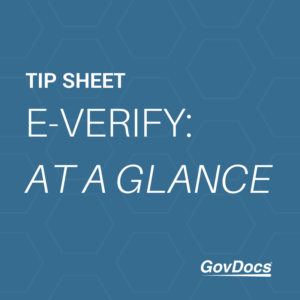 The federal Right to Work posting updated in January 2019.

While the layout changed slightly, the posting was primarily updated to reduce unnecessary info and help employees understand the details.

Again, the popularity of this piece was likely due to a posting update at the federal level, impacting many employers.

It seemed, for a moment there, that Dallas and San Antonio would finally get their new paid sick leave ordinances. Friends, they did not.

Three major cities in Texas — Austin, Dallas and San Antonio — all had their paid sick leave laws hung up in the courts. Our blog was published in July 2019 and we updated it as additional suits were filed.

It’s a closely watched situation in the world of employment law and underscores the growing complexity of tracking paid leave laws.

California, possibly the most employee-friendly state in the U.S., is often at the forefront of employment law. In July, the state passed legislation making it unlawful to discriminate against someone due to their hairstyle.

The law is aimed at employee protections for “natural” hair generally associated with African Americans.

It being the first state to pass such a law, and the unique nature of it, led to plenty of clicks from our readers. (New York State does have a similar law on the books.)

It happens every summer — minimum wage rates go up at the city, county and state levels.

Our blog offered some broader perspective, as well as a link to our guide for city and county minimum wage rates. Keep an eye out later this month for an updated guide with rate increases from Dec. 31, 2019, and Jan. 1, 2020.

It didn’t take long for Denver to take advantage of the new Colorado law allowing cities to set their own minimum wage rates.

We blogged about the Denver City Council’s proposal in October. The measure has since been approved and employers in Denver are already having to pay the higher minimum wage, which went into effect Jan. 1, 2020.

Quick action from Denver leaders, and the tight turnaround time for employers, made this one of our most popular blogs from 2019.

In November 2019 we examined four states we’ll be watching closely in 2020:

We covered the reasons for the inclusion of Texas and Colorado earlier in this post.

In Illinois, we’ll be watching how marijuana legalization impacts employers. And in Minnesota, new wage theft laws could become test cases for the rest of the nation.

For more 2020 employment law predictions, check out our recent webinar. Click the image here to view the recording.

Yes, back to California we go.

Our No. 1 blog from 2019 was a rundown of minimum wage increases for cities in the Golden State.

California, the world’s fifth-largest economy, gives employers plenty of reasons to be interested in its laws that impact workers.

More than a dozen cities upped their minimum wage rate at the start of 2020. Many more will update this summer.

We will continue to provide you timely and useful information about the world of employment law in the future. Thanks for reading!

Federal Employees to Get Paid Parental Leave
Scroll to top