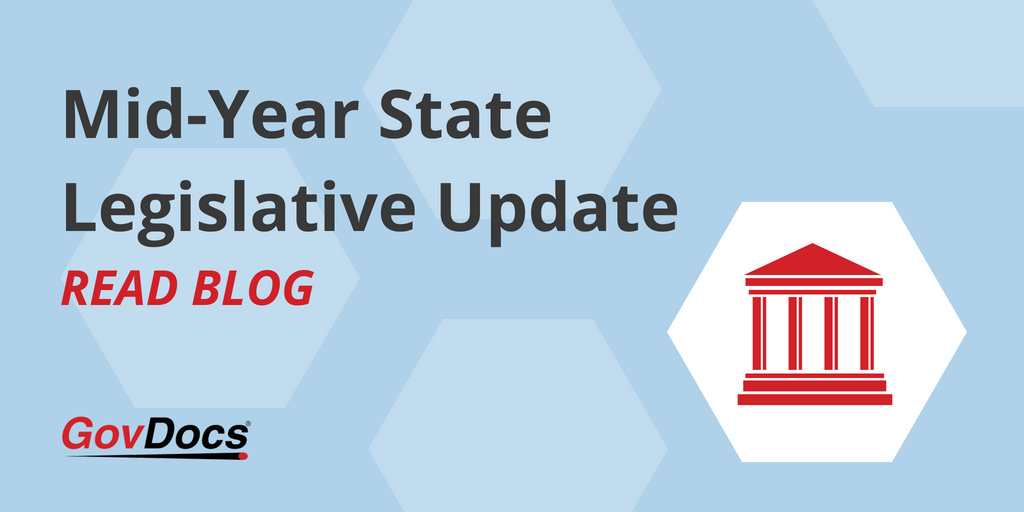 Summer is a great time to check in on state legislatures around the country, as most states meet in the early part of the year and are wrapping up their legislative work.

However, a few states remain in session. As of June 2018, these states are:

With so many states finishing their legislative work for the year, it’s a great time to reflect on what they accomplished and look ahead to late 2018 and early 2019.

Currently, GovDocs is tracking 1,988 bills representing a wide variety of labor laws in states around the country. So far, less than 5% have been enacted to become laws, roughly 17% have been voted down or did not make legislative deadlines, and the remainder were left at some point in the legislative process.

These statistics highlight the difficulty bills face getting passed and how complicated it can be for compliance managers to follow potential changes to labor laws.

GovDocs is also presently tracking 11 ballot initiatives , which includes Washington, D.C., Initiative 77 that eliminated tip credits from the D.C. minimum wage laws over the course of time. D.C. voters approved Initiative 77 in late June by a 55% margin in support and 44% opposed.

More ballot initiatives will be appearing around the country leading up to November, with most of the ballot votes happening on election day. Minimum wages and paid sick leave are the two most common ballot initiative topics this year.

The five most popular subjects in labor law legislation this year have been minimum wage, wage and hour, discrimination, employee leave and sick leave. These topics have received considerable treatment in the media and in public conversations around the country. They have also been the subject of many pieces of legislation around state capitols.

These topics are also likely to remain significant for the rest of 2018 and early 2019. Most legislatures have wound down and are shifting away from legislating to begin the campaign season. Primary elections have begun in many states, and candidates are prepping their big push to November.

These topics will likely maintain some significance in the campaign season, as many of the candidates who have filed for office this year have cited these issues as reasons they want to run. Depending on how things go in November, these conversations could continue into the 2019 legislative season, as well.

While it’s too early to predict what will happen in November, most pollsters and pundits are expecting Democrats to have at least a decent – and possibly better – year this year. The 2016 presidential election year was great year for Republicans. They picked up many seats at all levels of government. The 2018 midterm election is expected to be better year for Democrats. This is a common phenomenon in politics—one party will have a great election in a presidential year, and the minority party will regain some of its power in the midterm. At the time of writing, many political thinkers expect this trend to hold.

The 2018 legislative session was certainly a busy one.. Regardless of what happens, GovDocs will be monitoring legislation at every level of government to ultimately help you maintain compliance.