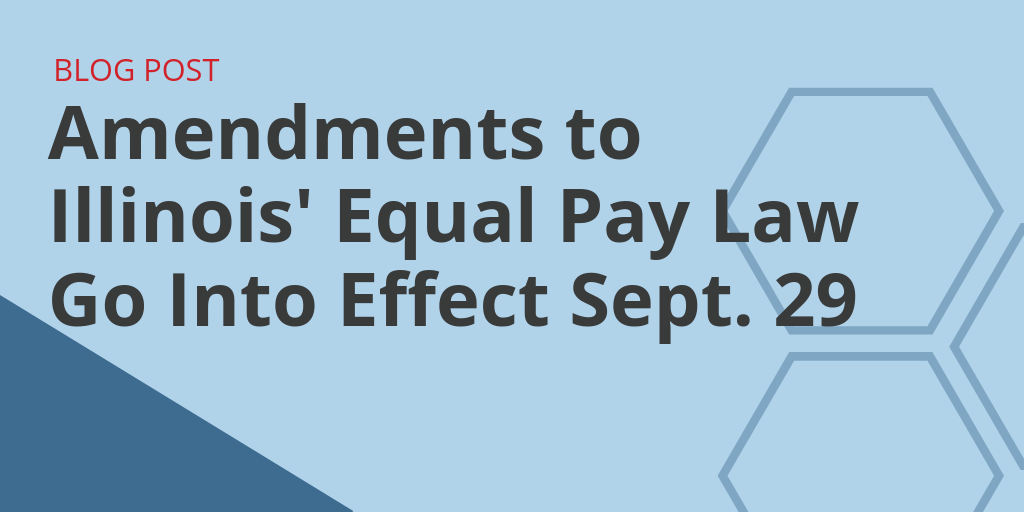 Signed into law this summer, the legislation also ensures employees can discuss compensation, benefits and salary with their colleagues.

Employers in Illinois won’t be able to ask about an applicant’s salary history once amendments to the state’s Equal Pay Act take effect on Sept. 29.

Signed into law this summer, the legislation also ensures employees can discuss compensation, benefits and salary with their colleagues. The measure follows the lead of states such as California and New York regarding equal pay laws.

Revisions to the bill — initially enacted in 2003 to stop employers from paying people less based on race or sex — include:

Meanwhile, violators of the amended Illinois Equal Pay Act can incur fines up to $5,000 for each impacted individual, as well as civil damages up to $10,000. There is a five-year window for employees to bring action.

Lastly, the bill now bans employers from requiring prospective employees to sign a document saying they can’t discuss pay with their coworkers.

The legislation was aimed at closing the gender wage gap in Illinois, where women earn 79 percent of what men do, according to a release from the governor’s office.

“The hiring process serves one purpose and one purpose alone: finding the best person for the job at hand. It’s no longer acceptable to wring quality work out of capable women at a discounted rate,” he said. “This law is about the kind of state we want to become — a state where we are not devaluing half our workforce simply because they’re women. Less than a block here sits the headquarters of the United States Soccer Federation, an organization that just this week defended a different kind of decision: to compensate its female players at lower rates than the men despite their substantially higher success rate — an act so questionable that the men’s team itself declared the justification inequitable and unfair. Here in Illinois, we know that women get the job done. It’s time to pay them accordingly.”

The amendments do not require a new labor law posting.

Like seemingly every other aspect of employment law, equal pay legislation is being enacted across the country.

Jurisdictions that have passed legislation banning salary history inquiries include:

And this spring, California passed its Fair Pay Act, which eliminated loopholes that some companies had used in defense of pay inequities between employees of different sexes.

These bills and others underscore the need for HR managers to update their hiring practices and stay compliant with the latest laws. It’s also paramount for companies to relay such changes to headhunters or outsourced hiring support.