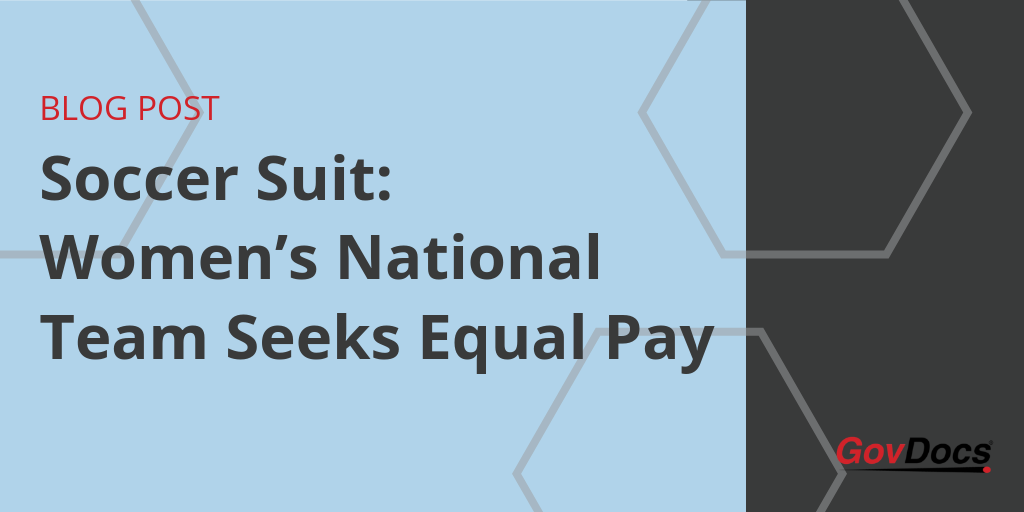 The U.S. women’s national soccer team may have won on the field, but they have another battle ahead of them in the form of equal pay.

The squad — currently playing in the 2019 FIFA Women’s World Cup — argues in a lawsuit filed in March that they should be paid as much as their male counterparts. Filed with the Equal Employment Opportunity Commission, the suit against the U.S. Soccer Federation (USSF) claims the women’s team has faced “institutionalized gender discrimination,” including lower pay and poorer working conditions.

The lawsuit lays out a comparison. If each team played 20 exhibition matches a year and both teams won every game, the pay rates would be:

“Despite the fact that these female and male players are called upon to perform the same job responsibilities on their teams and participate in international competitions for their single common employer, the USSF, the female players have been consistently paid less money than their male counterparts,” reads a portion of the lawsuit filed in March. “This is true even though their performance has been superior to that of the male players — with the female players, in contrast to male players, becoming world champions.”

The dispute has been in the news since 2016, when five players filed a similar discrimination suit. But it could be headed near a conclusion. Following the 2019 FIFA Women’s World Cup, the two sides appear headed for mediation, according to the Wall Street Journal, citing sources.

For their part, the U.S. men’s soccer team released a statement in March in support of the USWNT’s equal pay efforts.

UPDATE: The team on July 7 won the World Cup with a 2-0 victory over the Netherlands.

The high-profile U.S. Women’s National Team may be garnering headlines, but equal pay has been an issue that has been at the political forefront for some time. Following the team’s 13-0 dismantling of Thailand in the World Cup opener, federal lawmakers chimed in on the issue.

The @USWNT is #1 in the world & contributes higher revenues for @USSoccer than the men’s team, but they’re still paid a fraction of what the men earn. Women deserve equal pay for equal (or better!) work in offices, factories, AND on the soccer field. https://t.co/ftOSrjRyOE

Here’s an idea: If you win 13-0—the most goals for a single game in World Cup history—you should be paid at least equally to the men’s team.

That sentiment has been making its way into law. This spring, California passed its Fair Pay Act. The bill eliminated loopholes that some employers used to defend pay inequities between employees of different sexes.

Meanwhile, New York and New Jersey have also recently passed more stringent laws to foster equal pay. Six states in 2018 enacted laws designed to close the gender pay gap. And the U.S. House earlier this year reintroduced the Paycheck Fairness Act, which would require employers to report job salaries, promotions and dismissals to the federal government, broken down by gender and race.

More recently, the equal pay issue also came up during the first round of the Democratic presidential debates on June 26. Julian Castro, who previously served in President Obama’s Cabinet, talked about his mother’s struggles to raise a family.

“If we want to be the most prosperous nation in the 21st century, we need to make sure that women are paid what they deserve,” he said.