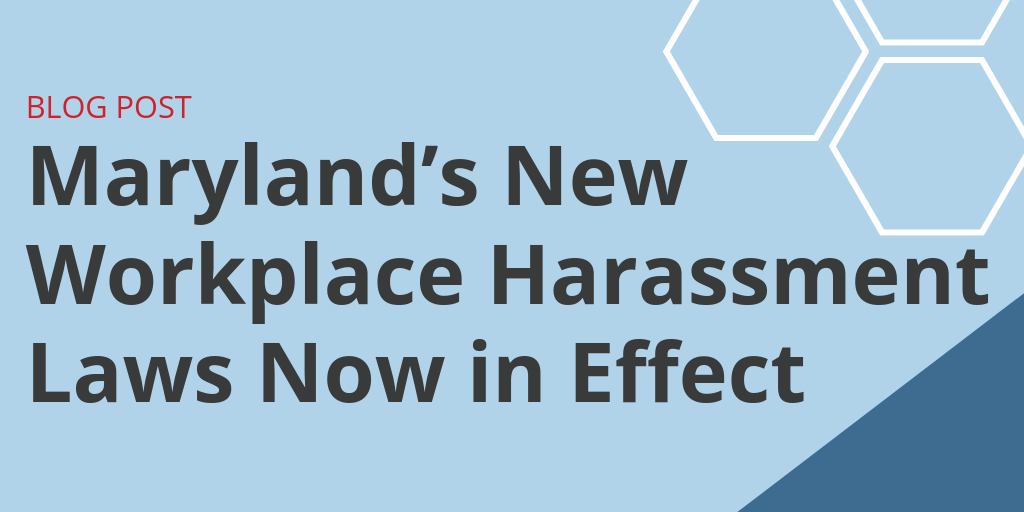 Meanwhile, the time employees have to file a private harassment lawsuit has been extended to three years, up from two.

The amendments to FEPA in Maryland do not require a new posting.

Under the legislation, harassment includes adverse conduct based on:

These amendments to Maryland’s non-discrimination law were among a host of new laws that went into effect in the state Oct. 1.

The expansion of laws such as Maryland’s reflects a growing trend of legislation related to the #MeToo movement.

In addition to expanded protections for employees, the laws can include:

These laws, and others, underscore the need for employers to revisit company policies and educate employees and supervisors about proper conduct in the workplace.