Discrimination by Name Type in Hiring 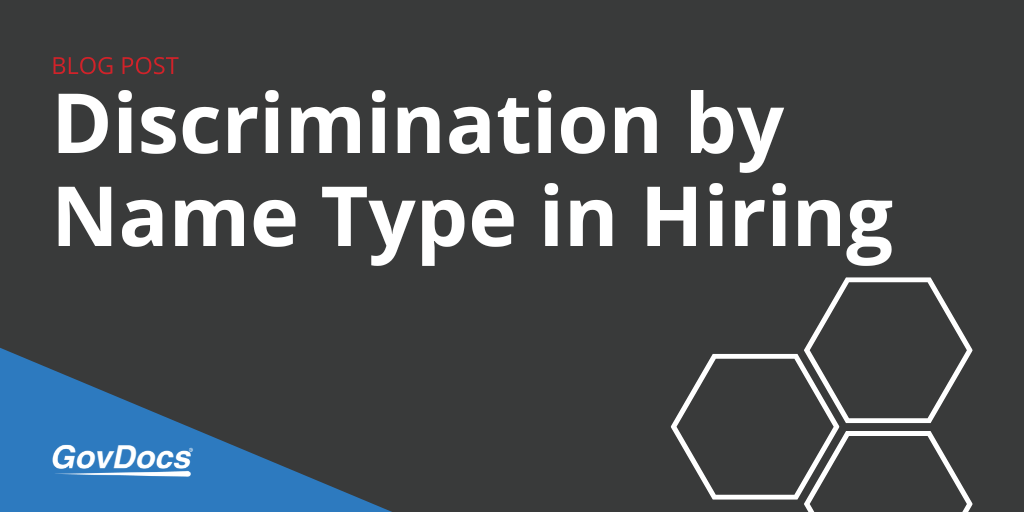 Who would have thought that getting a call back for a job interview not only comes down to experience, but also to employers’ reactions to your name?

The results showed that names perceived as “White” resulted in a 50 percent higher call back rate than those that sounded African American. Resumes with addresses in better neighborhoods also received more call backs, but that didn’t seem dependent on race. Yet employers located in more African American neighborhoods were less likely to discriminate.

Another study by Carnegie Mellon University found that employers in states with high levels of people identifying themselves as Republican were less likely to interview candidates whose social networking profiles indicate that they are Muslim.

Again, researchers created fictitious applicants, but this time they all had identical resumes. The researchers also created social profiles for each applicant that revealed sexual orientation or religious affiliation but kept all other information – even the photograph – the same. None of the resumes mentioned the applicant’s online profile.

The study found no difference in the number of call backs between the gay or straight applicant between Republican and Democratic states. However, the Republican-state employers were more likely to call back the fictitious applicants with “Christian” social media profiles than those identified as Muslim.

“Once you review a candidate’s online profile, a court will assume you are aware of that person’s ‘protected characteristics’ that are often part of their online postings. These characteristics include gender and race as well as those that are not always evident in a face-to-face interview such as religion, age, sexual orientation or disability. In such cases employers need to be particularly careful not to expand their interview questions or decision-making beyond legal interview limits.”

The EEOC and Workplace Discrimination

In a public meeting, the Equal Employment Opportunity Commission (EEOC) warned employers that using social media to screen applicants can put employers at risk of violating anti-discrimination laws. Information such as the applicant’s race, color, sex, national origin, age, disability, religion or other protected characteristics can be gained from using social media and could constitute a violation of federal anti-discrimination laws.

The EEOC recommended a couple of alternative strategies:

While employers may use social media to find and interact with qualified job candidates, they must also have consistent safeguards in place to ensure they are not in violation of anti-discrimination laws.

More Stories From Employment Law News
What is a Hostile Work Environment?