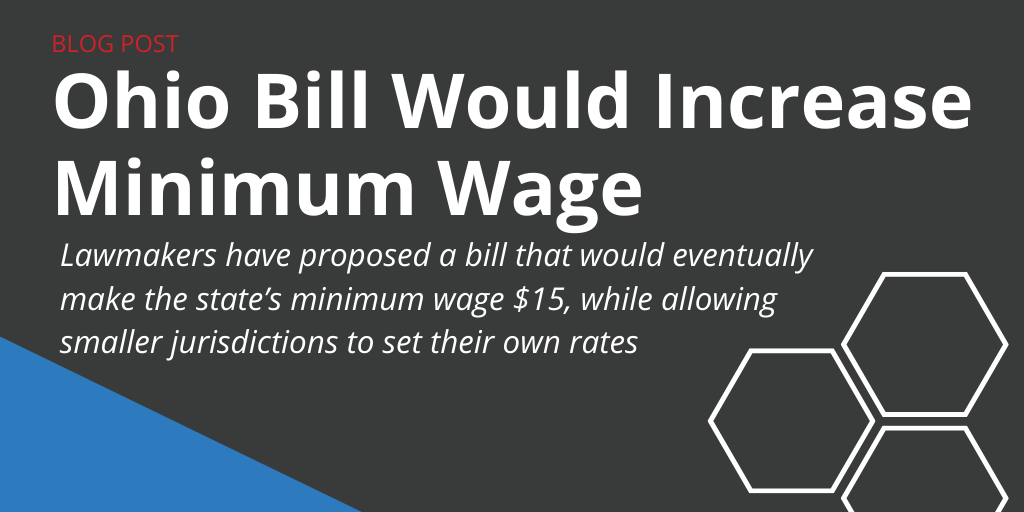 Though Ohio legislators are joining the growing ranks of those pushing for a $15 minimum wage, the state’s rates are already above the federal level.

Ohio lawmakers have introduced a bill to increase the state’s minimum wage rate to $15 by 2025.

Under the legislation, smaller jurisdictions would also be able to set higher minimum wage rates.

The bill calls for new rates starting at the beginning of 2022, with increases on Jan. 1 each year:

Tipped employees in Ohio would also see a minimum wage bump under the plan: not less than half the standard rate. It would eventually reach $7.50 in 2025 should the bill become law.

One of the bill’s primary sponsors is state Sen. Hearcel Craig.

An artificially low minimum wage has kept too many Ohioans trapped in a cycle of poverty. Raising the minimum wage to $15 by 2025 would give 2 million Ohioans a raise that is long overdue while allowing people to lift themselves out of poverty. pic.twitter.com/vpyTjMveG4

Though Ohio legislators are joining the growing ranks of those pushing for a $15 minimum wage, the state’s rates are already above the federal level.

Ohio has separate rates based on employer size, and whether an employee receive tips. A large employer is defined as having $323,000 more in gross receipts.

The new minimum wage bill does not address any changes to the definition of “employer.”

If passed, it would require employers to display a new labor law posting.

While the GOP controls both chambers in the Ohio legislature, a growing number of lawmakers on both sides of the aisle have warmed to the idea of minimum wage increases. For example, two Republican U.S. senators have proposed an increase to the federal rate, which hasn’t gone up since 2009.

Bills to raise minimum wage at the state, county and city level continue to crop up, in addition to the many jurisdictions that have set new rates in recent years. And even with federal lawmakers debating a new nationwide rate, the tide of bills and ordinances at smaller levels of government will likely remain steady.

Ohio is just one example of the continued push for higher minimum wage across the nation.

The governor of Pennsylvania recently announced another push for higher minimum wage there, and many jurisdictions are beyond scheduled increases and now raising rates annually based on the Consumer Price Index.

For large employers, tracking these changes will remain a challenge.