Which States Are Increasing Their Minimum Wage on July 1, 2020? 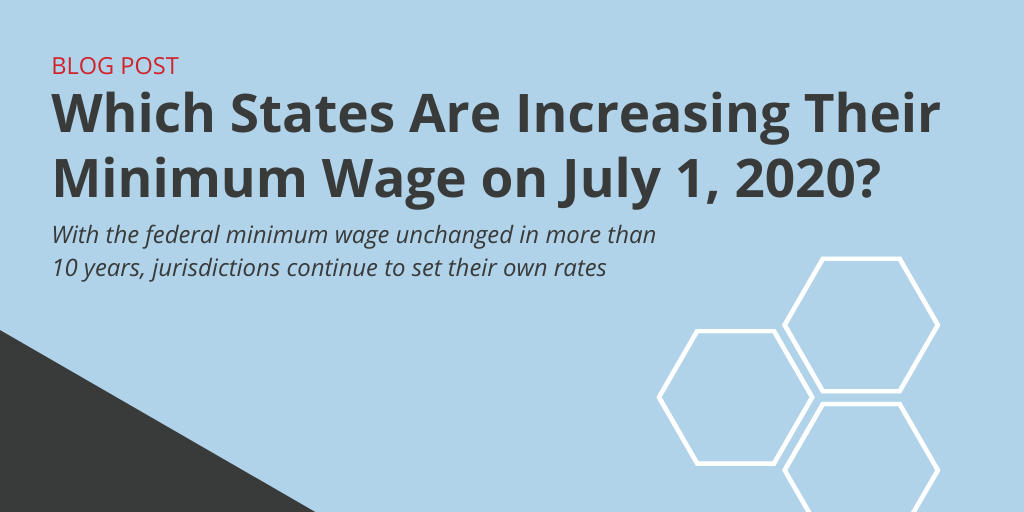 Find out which states will increase their minimum wage rates starting July 1, 2020, along with Washington, D.C.

While dozens of cities and counties will see minimum wage rate updates on July 1, 2020, some states and Washington, D.C., will too.

Most jurisdictions plan their minimum wage increases at the end/beginning of the year or in the middle. But some update at odd times of the calendar, such as October.

Of course, there are other factors that also contribute to minimum wage rates, including:

Below, we’ll cover the basic requirements for the minimum wage updates in Illinois, Nevada, Oregon and Washington, D.C.

Employers should also note that one state, Virginia, has decided to push its Jan. 1, 2021, minimum wage increase back to May 2021 over economic concerns related to the coronavirus. Two California cities have done likewise for planned July 1 increases. It’s a situation to monitor over the coming months.

Employers should also note that at the beginning of 2020, if a worker younger than 18 works more than 650 hours for the company during any calendar year, they must be paid the regular (over 18 wage).

Illinois will eventually move to a $15 minimum wage in 2025.

In June 2019, Nevada enacted a measure to increase the state minimum wage rate, which goes into effect July 1, 2020. The minimum wage has come down since it was initially set last year.

Nevada also has two minimum wage rates, but they are tied to whether an employee is offered health benefits. Starting July 1, 2020, the rates are:

It was the first significant change to Nevada’s minimum wage rate in a decade.

The legislation, AB 456, also removed certain minimum wage exemptions the Nevada Supreme Court ruled to be unconstitutional: casual babysitters, taxi and limo drivers, and domestic employees who live in the home where they work, among others.

In Oregon, the state sets the rates, but they are divided by counties.

Because the nation’s capital doesn’t fit neatly into a city or state designation, we’ll include it here.

Recent increases in Washington, D.C., were planned. But starting in 2021, they will be raised based on the Consumer Price Index (CPI), which is a common practice across many jurisdictions.

There are some minimum wage exceptions in D.C. Find more information on the district’s website.

With the federal minimum wage unchanged in more than 10 years, jurisdictions continue to set their own rates. Tracking increases will continue to prove challenging for employers.

Also, keep an eye out for GovDocs’ biannual guide: County and City Minimum Wage Rate Updates, which will be released July 1 and again at the beginning of 2021.