Nevada to Increase Minimum Wage to $12 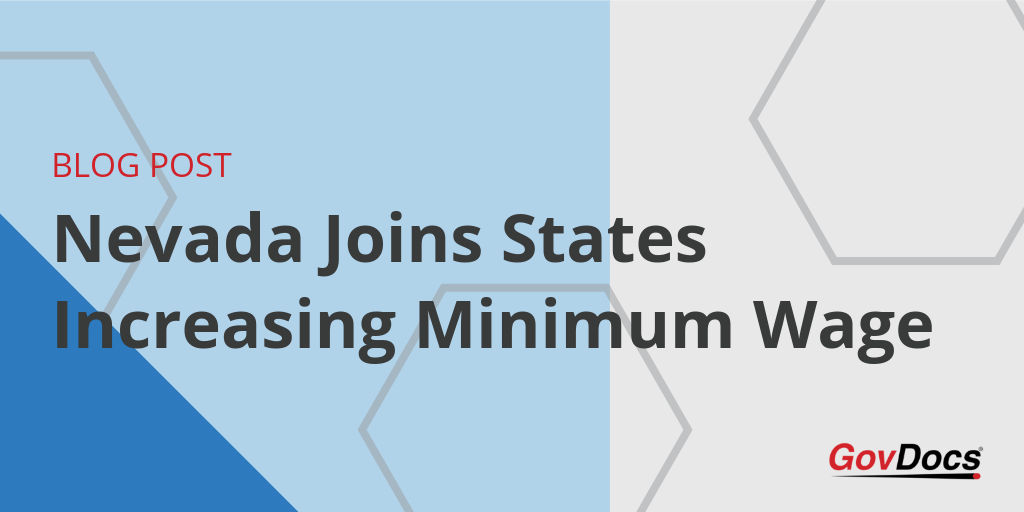 Add Nevada to the growing list of states increasing their minimum wage rate.

The state will raise the minimum wage 75 cents on July 1, 2020, with annual increases planned until 2024. The minimum wage in Nevada will eventually reach:

Nevada Gov. Steve Sisolak signed the legislation June 12, just days before the U.S. set a record for the longest stretch between federal minimum wage increases since the rate was established in 1938.

The bill — which marks the first significant change to Nevada’s minimum wage in a decade — is expected to impact hundreds of thousands of workers in the state.

AB 456 also removes certain minimum wage exemptions the Nevada Supreme Court ruled to be unconstitutional: casual babysitters, taxi and limo drivers, and domestic employees who live in the home where they work, among others.

There is a posting requirement associated with the measure. (Optional for Spanish.)

Minimum Wage Increases and the ‘Fight for $15’

With Nevada joining the parade of states increasing their minimum wage, there are now only 21 states whose rate remains at the federal level of $7.25.

While four states in 2019 have already made plans to eventually make minimum wage $15, Nevada opted to cap it at $12. The decision stemmed from feedback from constituents and employers, according to Speaker Jason Frierson, who sponsored the bill.

“This was a very collaborative conversation about what makes sense for our state. And we didn’t necessarily want to mimic what any other states did. So we talked with the chambers, we talked with large- and small-business owners to find out what we could do to help improve our economy here, but not put people out of business,” Frierson told reporters. “And so the $12, over a five-year period, was something that I think, ultimately landed in most folks’ comfort level.”

Minimum Wage at the Local Level

The federal minimum wage seems unlikely to change soon with a Republican president and the GOP in control of the Senate. But momentum for rate increases has grown at the city and county level in recent years.

On July 1, 2019, nearly 40 counties across the nation will raise their minimum wage rates, along with more than a dozen cities. These decisions at the local level underscore the complexities of employment law management and the need for companies to stay abreast of jurisdictional changes.