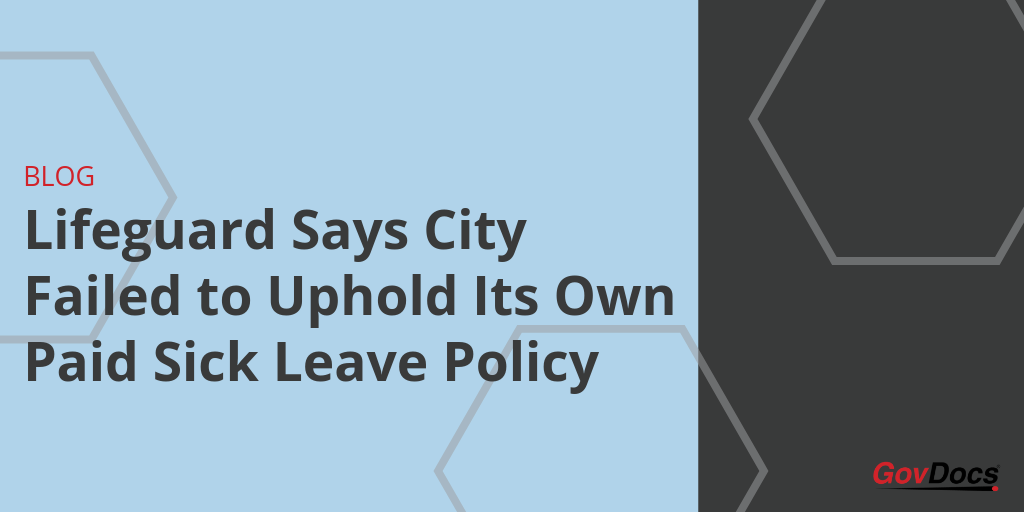 All St. Paul employers are required to provide workers with earned paid sick leave. That includes the city itself.

Yet Minnesota’s capital city was recently hit with a lawsuit alleging that it failed to uphold its own Earned Safe and Sick Time mandate.

A municipal lifeguard says he was never told about the ordinance, as is required, and that he faced obstruction from superiors when he tried to take sick time, according to the Pioneer Press. He was paid out unused sick time in 2017 but not 2018, according to the suit.

St. Paul passed its Earned Safe and Sick Time (EEST) ordinance in 2016. It allows employees to accrue one hour of EEST for every 30 hours worked.

The ordinance is also supposed to be given to workers or posted in a noticeable place. But the lawsuit alleges information about EEST was never posted or distributed. And the lifeguard’s family suspects dozens of similar St. Paul employees weren’t notified, either.

The teenager’s parents, attorneys in St. Paul, are pursuing a class-action suit seeking damages in excess of $50,000.

“We didn’t want to go this route,” the former part-time lifeguard’s father told the Star Tribune. “We just wanted the city to stand up and do what they were supposed to do.”

Across the country, several jurisdictions have established their own paid sick leave laws. Recently, three cities in Texas have taken up the charge, and Connecticut, the first state to pass a paid sick leave law in 2011, is working toward statewide legislation for paid family and medical leave, as well.

The latest trend in paid leave is expanding family and medical leave to paid leave, funded by various methods.

Despite provisions allowing employees to take job-protected unpaid time off work for their own health condition or to care for an ill family member, in the federal Family and Medical Leave Act, there has been a trend in recent years at the local level of expanding time off for workers.

Indeed, many HR professionals who attended a recent GovDocs Compliance Roundtable said their focus in the coming years will be tracking paid leave laws — both paid sick leave and paid family and medical leave. For example, the New Jersey Family Leave Act, which was enacted in 2008, has recently been modified to expand the benefits with varying effective dates:

It’s those sorts of granular changes to existing laws, or the creation of entirely new laws on this topic, that will have payroll and compliance teams on their toes in the coming years.