The increase, which California Governor Jerry Brown signed into law in September 2013, isn’t enough to create a living wage for California workers, according to California Representative Barbara Lee. She cited “$25, $26 an hour” as the needed rate for Californians to make ends meet.

California holds three of the top 10 most expensive metropolitan areas in the U.S. For example, renting a one-bedroom apartment in San Francisco runs an average $2,200 per month, which is on par with the cost of rent in New York City. A single parent in Los Angeles with two children would need earn an hourly rate of $27.15 to support the family, according to living wage calculations by MIT. What’s the difference between minimum wage and living wage?

California Employers – Are You Ready for the New Minimum Wage?

California employers must display the latest minimum wage along other labor law postings required in the workplace. Employers should update their postings with the latest versions. If you need updated California labor law posters for your workplace locations, you can order them from the GovDocs labor law poster store and save 30% now when you use coupon code CALI2014. Choose from a variety of formats: 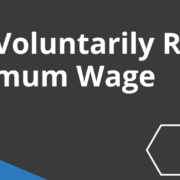 Workplace Bullying – Who is responsible?